If you’ve ever spent any time at a carnival, a Dave & Busters or a Chuck E. Cheese’s you know all about the wonder that is the Skee-Ball machine. Tiny arcade builder Sam Seide decided to take the idea and make a miniature version. 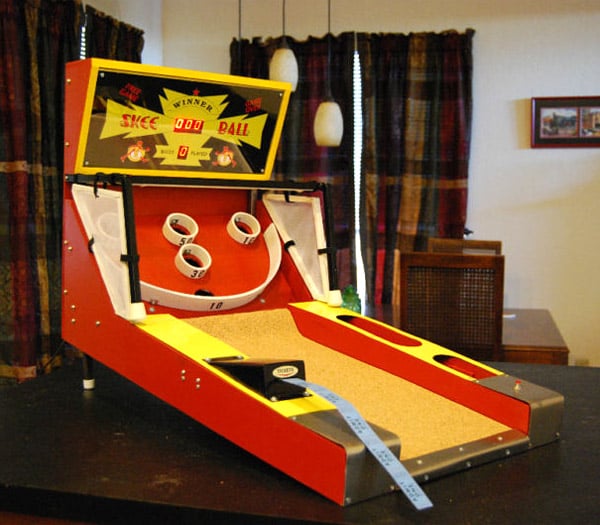 The tiny Skee-Ball machine looks just like the arcade original, only smaller. It measures just 22″ (h) x 16″(w) x 30″ (l) and weighs 25 pounds. It’s even got tiny little wooden balls for you to shoot into those elusive cups. The cabinet is built from MDF, steel, PVC, and Plexiglas. Under the hood of Sam’s build is an Arduino controller, responsible for calculating scores, playing sound effects, and spitting out tickets for winners.

See it in action in the video clip below:

Best thing about this build is that you can own it. It’s currently up for auction over on eBay with a starting bid of $500 (USD) and a Buy-it-Now price of $1200. Check out Sam’s complete build log in video form over on YouTube.