Way back in 2009, we first talked about the then new YikeBike that was an electric bike make from carbon fiber. The bike has a very geeky design, and if I might say – makes the rider look really weird riding it. The design of the bike reminds me of the old bikes from decades ago with the big front wheels and the small rear wheels. 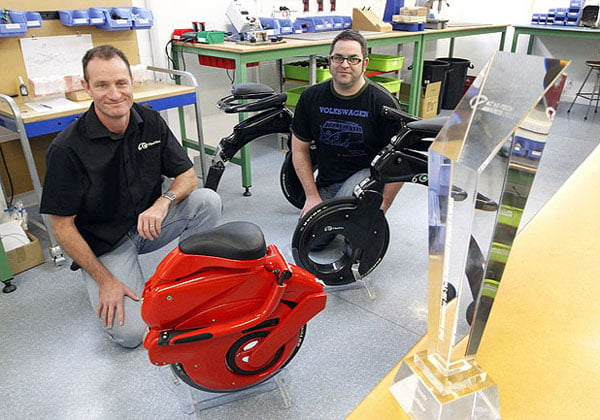 One of the big downsides to the original bike and its light carbon-fiber design was that it made the bike cost over $3,000 (USD). Today a new version of the YikeBike has surfaced that is made from alloy and composite materials and will sell for under $2,000. Other than the material the Fusion version of the YikeBike is made from, the original and Fusion are the same.

The carbon fiber version weighs about 10.8kg and the alloy Fusion version is 14kg. That makes it notably heavier, but I think most folks will be fine with that considering it’s about $1,000 cheaper than the original. Either way, you will still look like a total nerd riding the YikeBike.