There is lots of research and money being poured into looking for a way to get people that are paralyzed out of a wheelchair and walking again. One of the places that is making some of the coolest tech breakthroughs is Berkeley where they have developed a cool exoskeleton that we have talked about before. 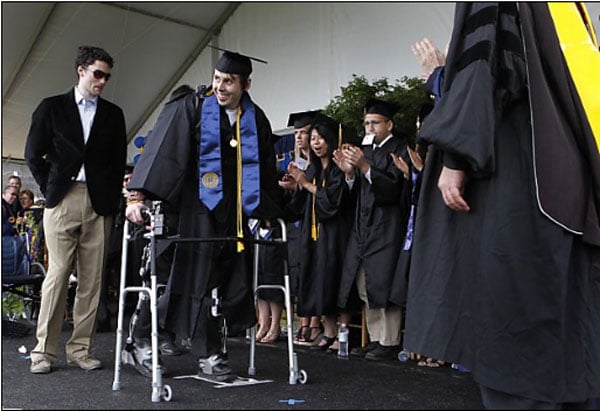 Austin Whitney, a student paralyzed in a car accident four years ago was set for graduation at Berkeley, and was able to walk across the stage to receive his diploma. He had apparently been helping with the development of the exoskeleton as a test subject at the university. The suit was created by a team of UC Berkeley mechanical engineers that included four doctoral students led by Professor Homayoon Kazerooni.