Want to Unlock Your Door? There’s an App for That

As mobile phones become more and more powerful, they acquire more functions, and as such become more valuable. Our phones are no longer good for just calling and texting. Now we use them to play games, surf the Web, take pictures and more. Now we can even use them to replace door keys, thanks to Apigy’s Lockitron web app. 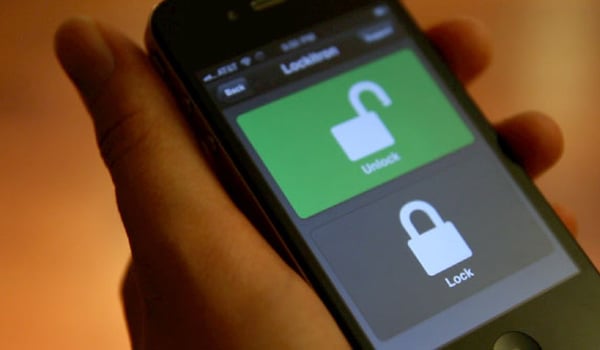 To use Lockitron, you have to get the self-install kit, which includes a base-station and a USB remote fob. The fob connects to the base-station, which in turn connects to the Internet via an Ethernet cable. To use Lockitron, just log on to Lockitron’s website via your Internet-enabled smartphone. When you send a command – lock or unlock – to the base-station, the fob relays the command to the deadbolt. Apigy claims that the command is executed between 0.5-2 seconds after it is sent. Watch the video below to find out about Lockitron’s other features.

As shown in the video, even if your phone can’t access the Web you can still use Lockitron via text. The text messaging feature also lets you “share” your Lockitron key to other people, so you can let multiple people in and do so even if you’re hundreds of miles away. Convenient, but also creepy. And how about that NFC feature? With that one, your phone is your door key. Remember how I said our phones were becoming more and more valuable?

Still, it’s nice to know that the Lockitron locks still come with traditional keys, so if something goes wrong with the hardware, software or the network, you can still use the old-fashioned key.

You can order the Lockitron self-install kits at the official website; prices start at $295 (USD). Currently Apigy will only ship the kits to US addresses, because they’re concerned about latency issues that may be encountered if the kit is installed abroad. Check out Lockitron’s website if you want more details.

[via Laughing Squid via TechCrunch]