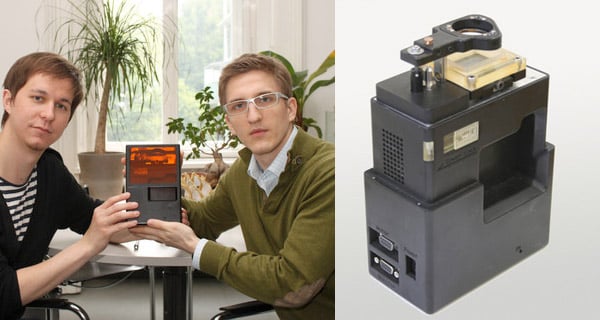 I am going to assume they mean one of the larger milk cartons that are somewhat rare in the US now. The 3D printer is cheap as well; the team says that it can be built for about 1200 Euro (~$1700  USD). The finished product weighs about 1.5kg and uses a tank of resin for printing.

Another cool fact about the printer is that its intense light (I assume they mean LED laser diodes) can harden layers of the resin only 1/20th of a millimeter thick. That means that the printer can be used to print items that require extreme precision. The team is working on making the printer cheaper and smaller yet, and they are working to get it to use other print materials like ceramic.