I’ve seen quite a few Xbox 360 laptops over the years, but I have to say that this one is the skinniest one I’ve seen to date. James Terry of Darkuncle Custom Gaming built this slimline Xbox 360 laptop that measures just 2.5″ thick, 14.25″ long and 9.75″ deep. 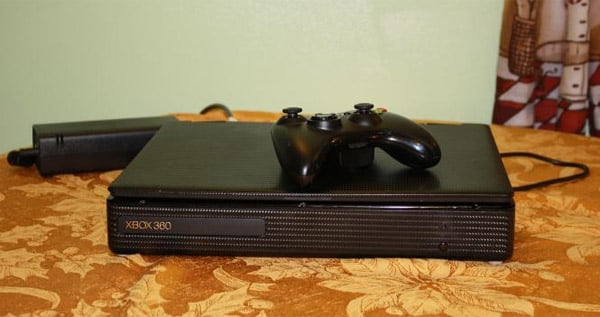 James managed to not only slim down the Xbox 360 Slim in laptop form, but he did it all without chopping up the core motherboard, DVD drive, or hard drive. Sure, there’s still an external power brick, but you wouldn’t want to cram that thing inside your laptop now, would you? 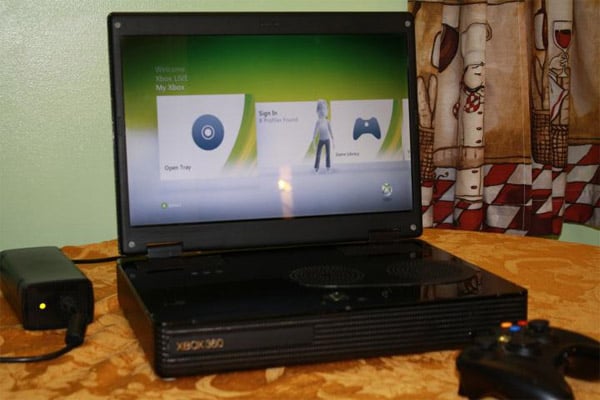 The slimline laptop weighs just under 9 pounds, and the main housing is made from aluminum, with a large laptop monitor attached to the top. By using a proper laptop LCD screen, he’s able to pull the power directly from the Xbox 360 mobo, and doesn’t require any additional power source. He actually used the 12v pin from the Kinect port to power the LCD – so I assume you probably can’t use a Kinect with this – but would you really want to with a laptop anyhow? The portable is cooled by three fans, so it should run a low risk of overheating. 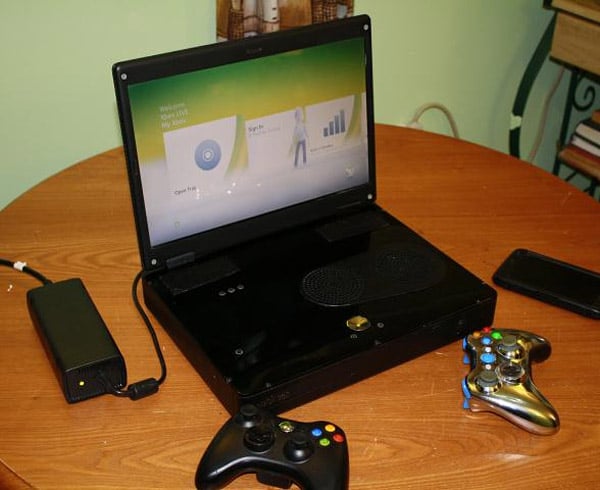 Under the hood, there’s also a 10-watt amplifier and built-in stereo speakers for plenty of sound. Again – all powered by the main power supply. On the back of the laptop are 4 USB ports, Ethernet and VGA outputs. 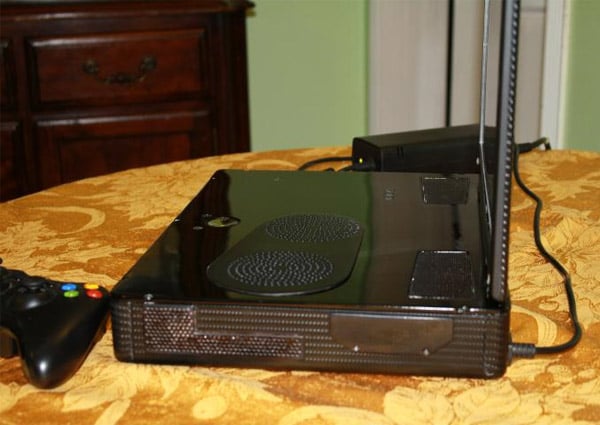 Check out the full build details in the video below:

James wants to keep working on slimming these down even further, and hopes to build a model under 2″ thick at some point. In the mean time he plans on selling these for around $2250 (USD) over at the Darkuncle website. He plans on offering both 15″ and 17″ versions for the same price, since the parts for the 17″ cost a little more, but the 15″ display is a little harder to work with. He’ll also chop $300 off the price if you send in your own Xbox 360 Slim or by $100 if you choose to go with the 4GB model.

All-in-all, it took James over 400 hours to create this initial 360 slim laptop, and it’s a VERY impressive build.

The NOMAD Briefcase Grill & Smoker: For Cooking on the Go
Advertisement