Helicopters are awesome, but they have some drawbacks. The fantastic thing about the helicopter is that it can land and take off vertically needing no more space to do so than it takes to clear the rotors. The downside to a helicopter is that they are much slower than fixed wing aircraft making them slower to arrive at their destination and in military situations making them vulnerable to enemy fire. 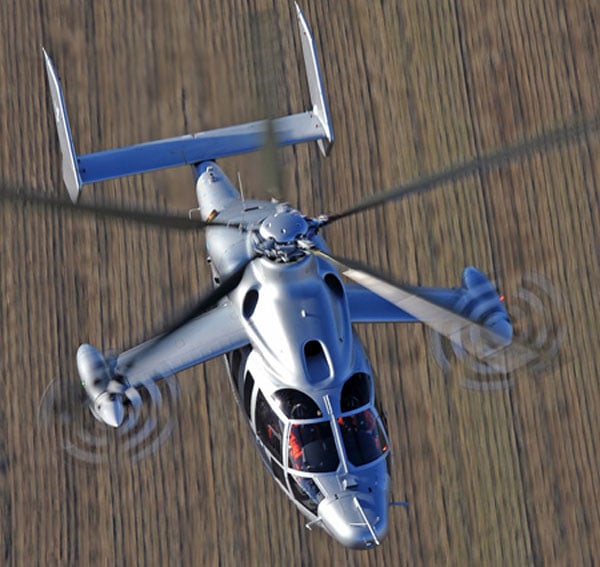 Eurocopter has unveiled an awesome helicopter called the X3 Hybrid that combines the elements of a helicopter with elements of a fixed wing aircraft for the best of both worlds. The US Osprey used tilting rotors to take of vertically and then fly at faster speeds. The X3 Hybrid has no complex tilting rotors, this copter has little winglets with propellers on them that pull the helicopter along with lift provided by a conventional rotor.

Another big difference is that this helicopter has no tail rotor. The demonstrator model of the X3 Hybrid helicopter hit a true airspeed of 232 knots or 430 km/hr in straight and level flight for several minutes in testing. The faster helicopter is perfect for search and rescue missions. The characteristics of the helicopter are said to be on par with those of conventional helicopters on the market already.