Friskies Offers iPad Games for Cats Who Can Afford an iPad

If you are the local cat lady or cat man and you have an iPad, you are in luck today. Friskies has unveiled some weird apps that are games for cats. The games include Cat Fishing, Tasty Treasure Hunt, and Party Mix-Up. I will let my kids play with my iPad, but I draw the line at cats. 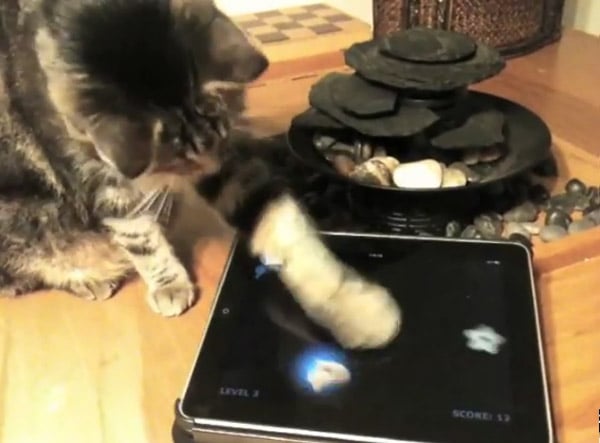 Friskies says that the colors, movement, and game-play have been researched and tested for maximum fun for kitty. The games will run on the iPad and Android tablets. Friskies notes that the bare glass screen of their iPad stood up to cat claws with no problems.

I would suggest before you hand your iPad over to Princess, you get some sort of scratch film on the screen, although sharp claws may damage the screen film though. Check out kitty smacking some fish and more in the video above.