Daft Wars: Around the Death Star

This isn’t the first Star Wars and Daft Punk connection I’ve seen, but instead of featuring our favorite future ‘bots from Daft Punk in the cantina with C-3PO, it shows them being arrested by some evil stormtroopers. 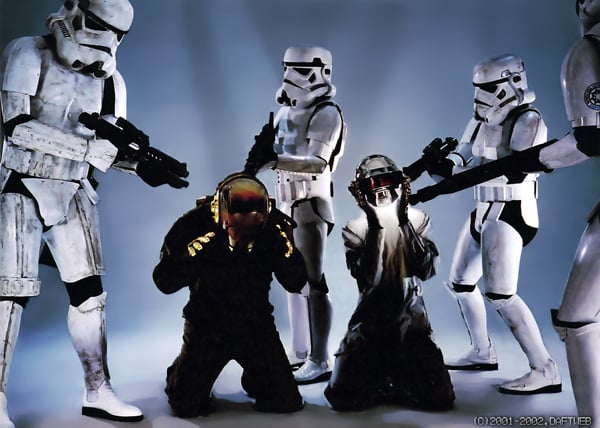 The date on the photo says that it’s from 2001-2002 and that it comes from Daftweb. It’s hard to tell with these guys to be honest, because their helmets just look so futuristic. There are other images of this happening, but none of them looks as cool as the original. 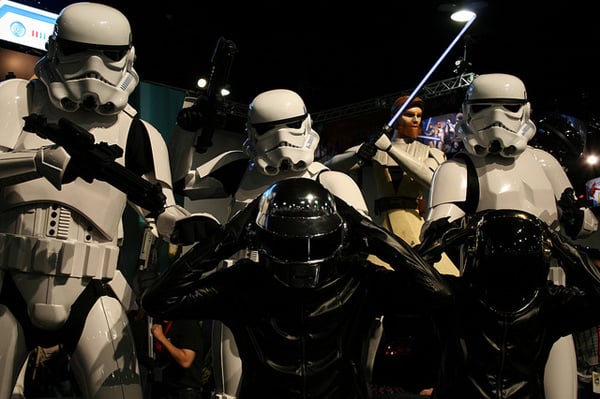 I haven’t been able to find out much about it, but this has to be bad news. I wonder if the Empire will consider those Daft Punk guys to be friends or foes.