E ink has some cool tech, and its screens have turned up in everything from eReaders to watches over the years. The cool thing about its screens is that they have tons of contrast and are easy to read in direct sunlight. They also use little power so the battery in the device using the E ink screen can last longer. 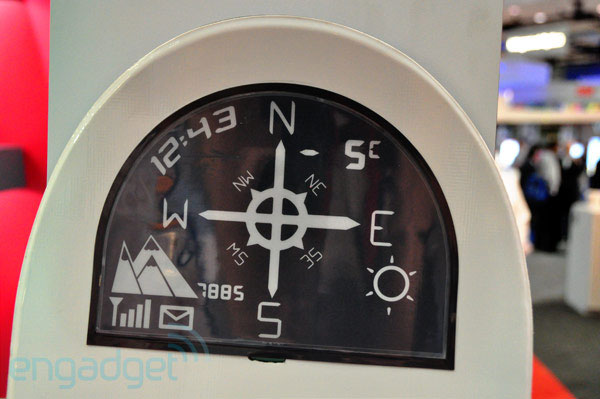 At SID 2011, a new concept design for a snowboard with an E ink screen in the nose was spied by the guys at Engadget. The screen is really cool and big enough that the user could read it while doing all those crazy tricks snowboarders like. The screen appears to have a compass, temperature gauge, clock, and an altimeter built-in. 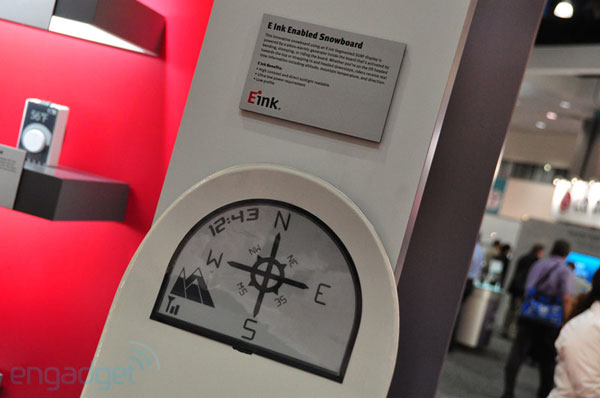 I am betting that based on the email icon and the signal strength indicator that the screen would connect to the users smartphone for the connectivity needed to show the dynamic content on screen. The screen can be changed from black with white font to white with black font. There is no word on price or if this will ever come to market, but I can see people really liking the device.