Revolver with Camera Hails from 1938

Today the camera mounted on the gun or on the soldiers body in some way is a vital part of getting video and photos of an operation to commanders in real time. It’s common today on TV and in video games so we take it a bit for granted. Way back in 1938, if an op was going down and someone needed photos of the op in action, this revolver would have been the tech to have. 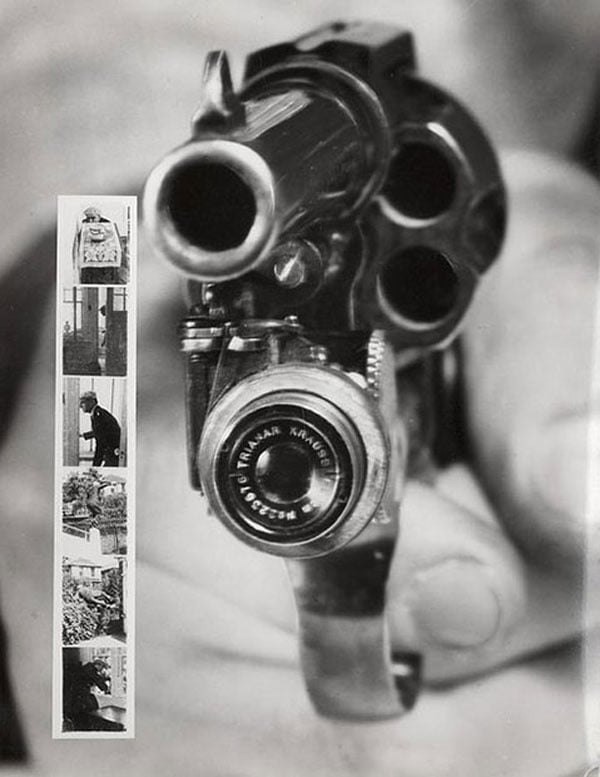 Apparently this gun had a camera crafted onto the front of the trigger guard and would snap a picture as fast as the trigger was pulled. The gun in question is a Colt .38. The little strip of photos on the side of the larger gun photo were apparently taken with the gun-camera.

The photo came from the Nationaal Archief of the Netherlands. I wonder if this was some sort of spy weapon used by the government in the Netherlands back in the 30’s. I could see some sick assassin liking a weapon like this for photo trophies.

[via Photojojo via PetaPixel]