Sometimes, all it takes to size an object up is one look. It doesn’t have to be a very long gaze or detailed inspection. And in the case of Sharp’s new AQUOS IS11H Phone, it just takes a second or two to glance at the images and know that these phones are geared towards Japanese women. (Japanese, since they’re being released in Japan for now.) 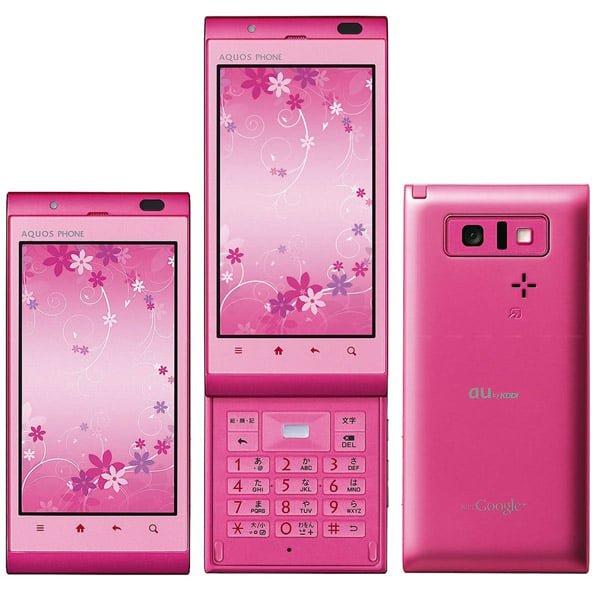 The entire phone is pink and the phones in the promotional image have a similarly pink and flowery wallpaper to boot. Need I say more?

I don’t know about you, but I’m a girl myself and I do not really find this phone appealing. I mean, it looks okay and all that, but I think there’s such a thing as too much of a thing. Appearances aside, it’s a smartphone that is capable of displaying 3D graphics on a 960×540 3.7-inch display. It runs on Android 2.3 and even has an 8.5 megapixel CMOS camera to boot. You can also use the AQUOS as a mobile wallet and watch some TV  on it, and typing is made really easy on it with the slide-out keypad.

All these features make the phone seem and sound more worthwhile. I just can’t swallow all that pink, though. Maybe if it came in black or white… Now that’s more up my alley.

[via Gizmodiva via New Launches]