Bluetooth SNES Controller for Android: Gamers, Start Up Your Emulators

YouTube member richdegenhardt hacked an SNES controller so it can be used as a Bluetooth controller for any Android device, making it much easier to enter the Konami code on his Android phone. Rich can even remap the buttons to stand for any key on an Android keyboard, so it’ll work not just with NES or SNES games but also with the latest ones. 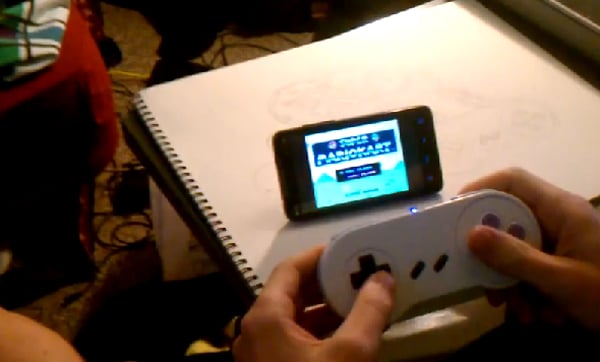 Rich used an Arduino Pro Mini 328 to translate the controller’s signals, which are then sent to the target device via a BlueSMiRF Gold Bluetooth module. Rich bundled both plus a battery to the back of the controller to make the whole setup more portable.

The best thing about this hack is that it doesn’t require Rich to root the Android device he wants to pair it with, which is really convenient. But that convenience comes at a price – there’s a bit of soldering and programming involved in this hack. If you think you’ve got the skills, check out Rich’s guide here.