Ok, most of the reviews for the new Pirates of the Carribean movie have been pretty bad. But that still doesn’t mean I won’t see it at some point. Maybe I’ll wait for it to hit Blu-ray, though. That doesn’t stop me from liking this awesome metal sculpture of Jack Sparrow that recently surfaced. 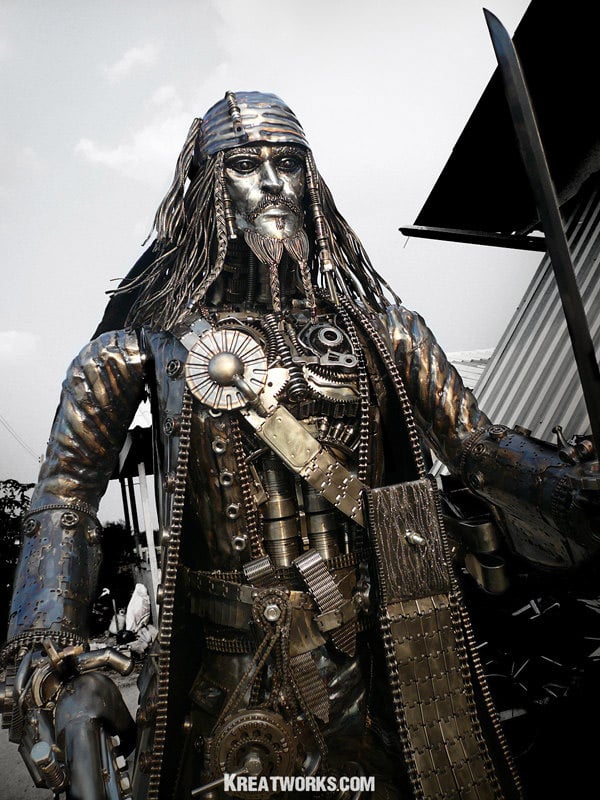 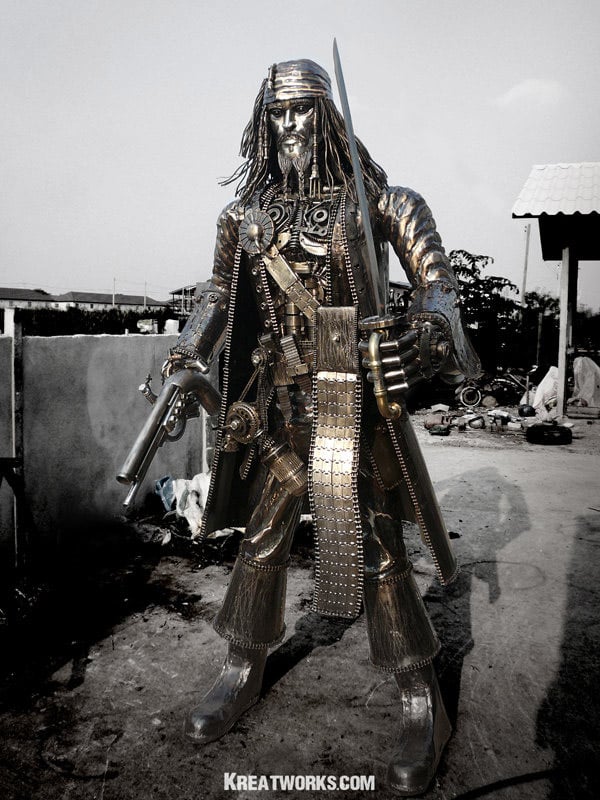 They use the word “Steampunk” to describe him, but I’m not sure that’s the most accurate description. I suppose the gears and chains qualify, but I think this version of the pirate looks more like Ted Nugent and The Terminator got together and gave birth to the meanest looking Jack Sparrow ever. Actually, it doesn’t really look like Depp at all, but I don’t care. It’s still awesome. 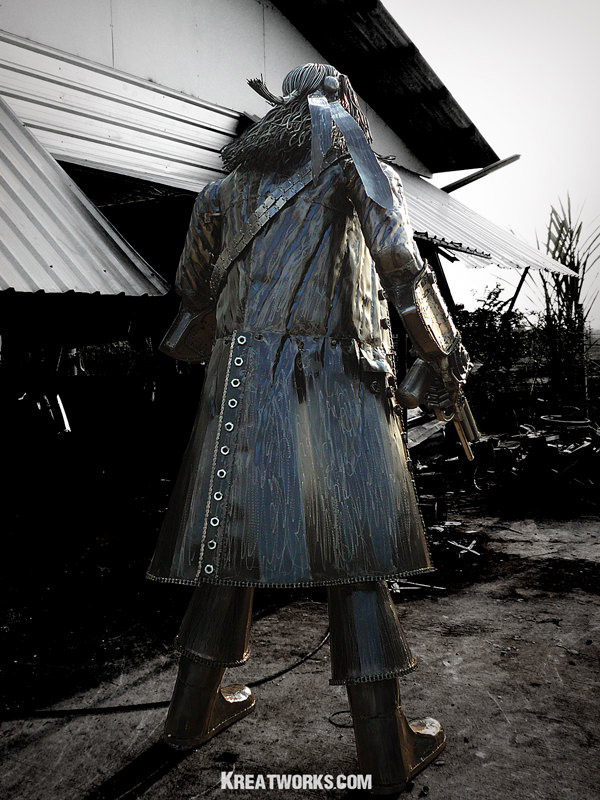 You’ll have to crack open your treasure chest and cash in some of your gold if you want this. It’s currently selling for a whopping $7700 (USD) over on Etsy. 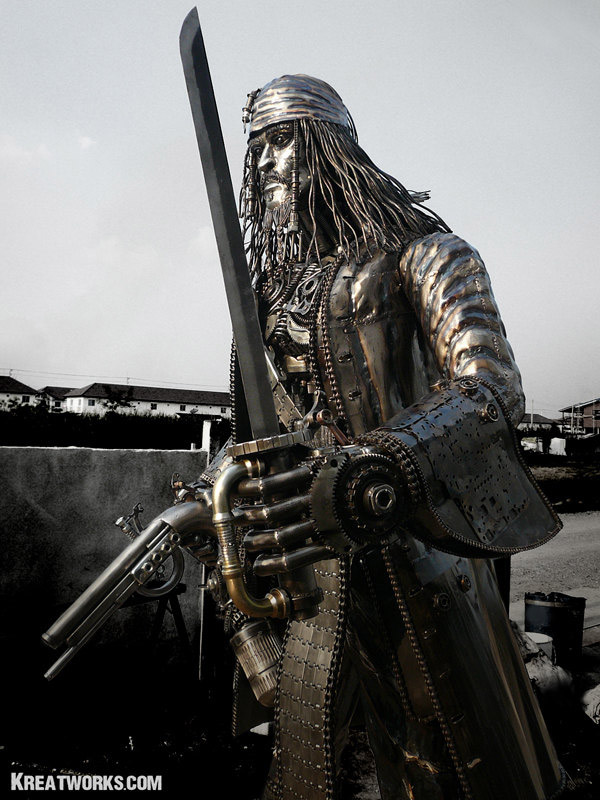 I have no idea how you’d get a half-ton, giant metal man from Thailand to other parts of the world, but Kreatworks says they can ship worldwide via EMS (for god-knows how much.) All I know is that I would not want to be the delivery driver on that route the day that Jack Sparrow turned up on my truck. I’m calling in sick that day.