Ecopad Tablet Concept: Let Your Fingers Do the Charging

It’s true that most tablets do need to get charged up regularly, so it would be nice to come up with a way to reduce the need for recharging. The Ecopad concept was given a special award in Fujitsu and designboom’s ‘A Life with Future Computing‘ design competition for its innovative approach to juicing up. 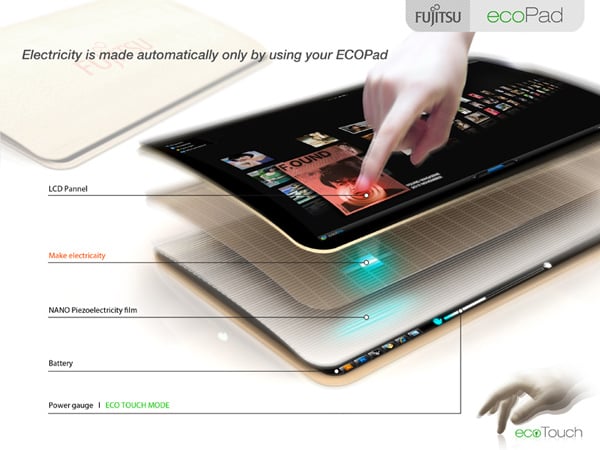 The designers of the Ecopad mention that this concept generates electricity thanks to the touches on its touch screen. They say that a nano-piezoelectricity film would capture a tiny bit of energy whenever a user presses the screen with their fingertips. It sounds like a cool idea, but I have trouble imagining how practical this would be for generating enough power to operate a tablet. 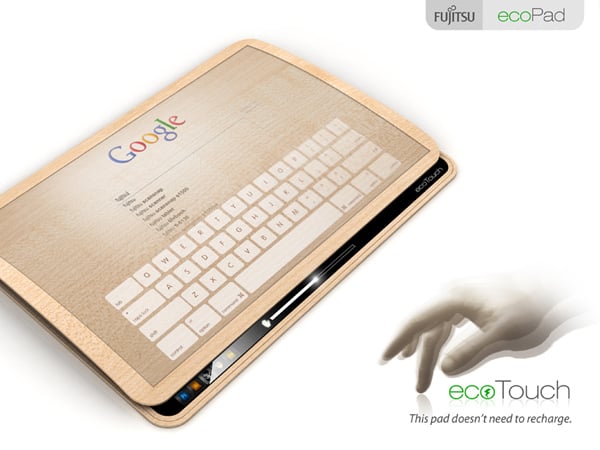 The concept is by Yonggu Do, Jun Se Kim, and Eun Ha Seo from Korea. It’s one of only 7 entries of over 3,000 that received the special award. 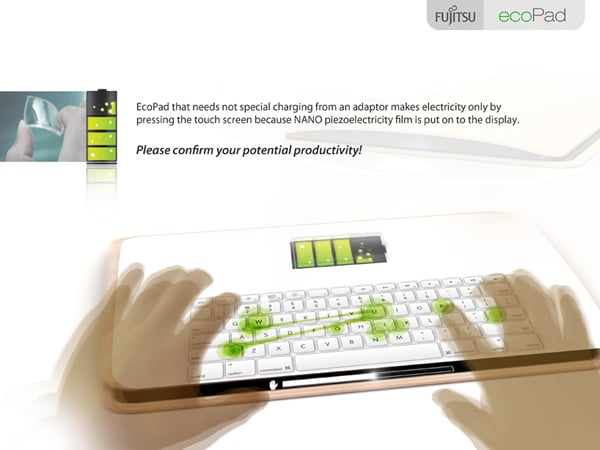