I generally think of the first video game being Pong. That isn’t accurate though, Pong was one of the first home video games and one of the first commercial coin op games too, but there were other arcade style games before that. Way back in 1947 a couple game geeks named Thomas T. Goldsmith Jr. and Estle Ray Mann filed for a patent on what they called the CRT Amusement Device. 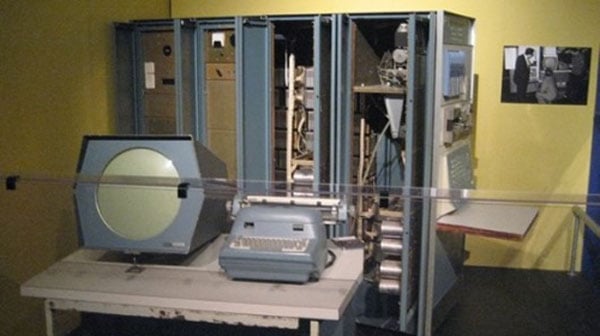 This was the first video game to try to get a patent and took up most of a living room. The game had a giant CRT screen that had knobs that the player could use to control the velocity and direction of a dot on screen. The dot was supposed to represent a missile in flight. The concept was based on radar that was used by the military in WWII to control missiles.

The patent was field on the game on January 25 1947. The score for the game was kept by hand. Apparently, it never went into production, and Eventually the technology Goldsmith and Mann developed was used in the mainframe computers of the day. It wouldn’t be until 1958 when Tennis for Two emerged, and eventually the first commercial video game – Computer Space debuted in 1971.