I have been waiting since 1997 for a new Duke Nukem game and I know that I am not the only one waiting. The last time we talked about the new Duke Nukem Forever game it had been delayed until June. This time the game is in the news, and it’s not for another delay. 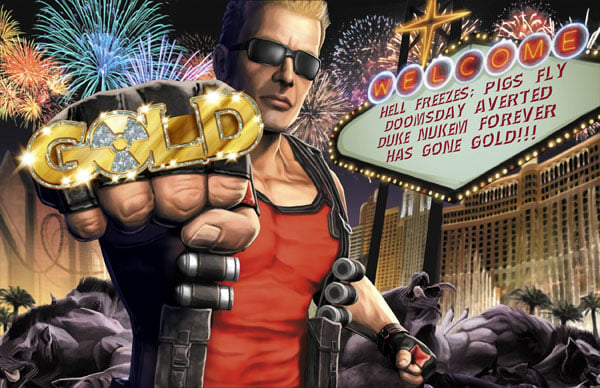 2K Games and Gearbox Software have announced that the game has gone gold. That means that the game is ready to ship. In addition, retail stores have purchased and pre-sold enough copies that the game is already a hit and it doesn’t launch in the U.S. until June 14 (international launch is a few days earlier – on June 10). The video game is offered on the Xbox 360, PS3, and the PC. The demo of the game will be offered on June 3 to all those that pre-ordered.

“Duke Nukem Forever is the game that was once thought to be unshipppable, and yet here we are, on the precipice of history,” said Christoph Hartmann, president of 2K. “Today marks an amazing day in the annals of gaming lore, the day where the legend of Duke Nukem Forever is finally complete and it takes that final step towards becoming a reality.”