The 75-Dollar X-Wing Soapbox Derby Car: The Force Is Strong in This One

When I saw this amazing X-Wing soapbox derby car, I was really surprised that it can be made for around 75 bucks. You’d expect something like this to cost at least $100. Then again, when we were younger, we didn’t have detailed instructions via Instructables to help us out. 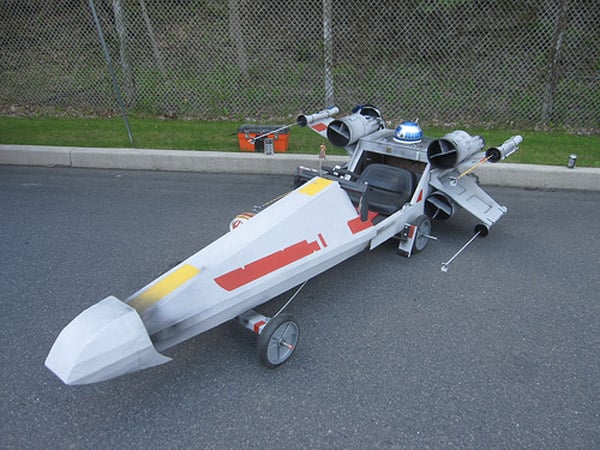 This X-Wing was made by The Papier Boy and it looks amazing. He built the X-Wing for the 2011 Nazareth Adult Soapbox Derby, and it’s definitely one of a kind. It’s even got an R2-D2 that can spin with the help of a re-wired NES controller. When the NES controller’s A and B buttons are pressed together, the Styrofoam R2-D2 rotates for 15 seconds. It won’t win him the race, but it sure is cool. 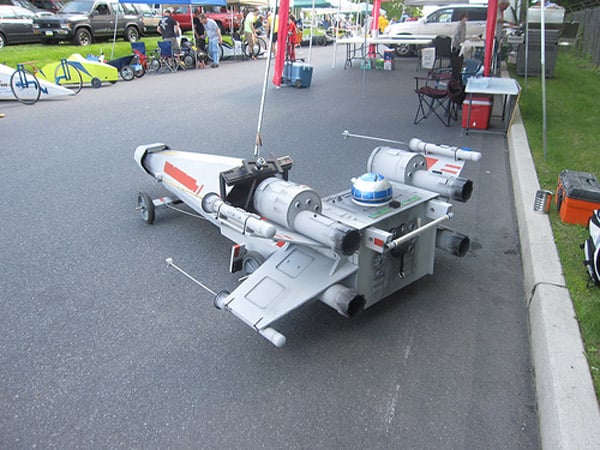 Sound effects are provided thanks to an iPod that cranks out authentic R2-D2 chirps and bleeps. I imagine the iPod wasn’t included in the $75 price tag. The only thing The Papier Boy couldn’t include were full-width X-wings, as that wouldn’t have been very aerodynamic rolling down a hill. 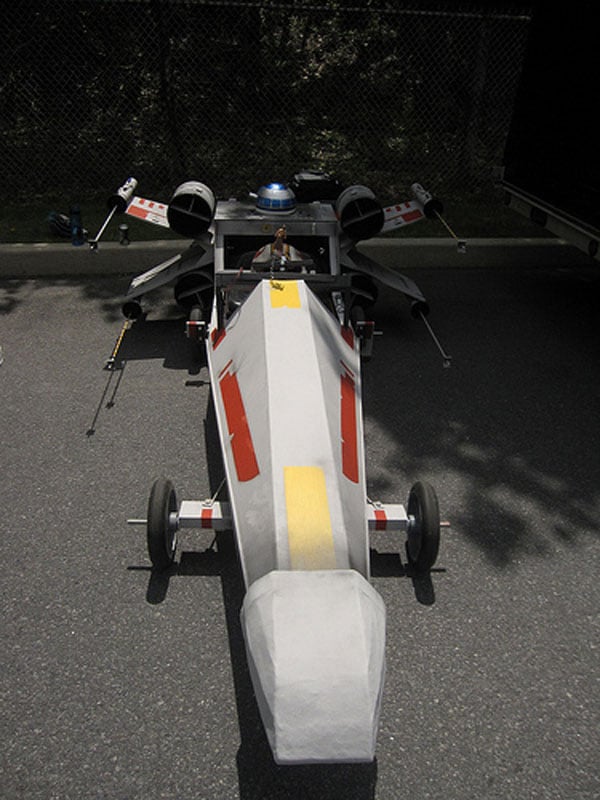