I always wondered how practical a giant manned walking robot like the AT-ATs in The Empire Strikes Back would really be. Well a long, long time ago, at a General Electric factory far, far away, it turns out an actual quadruped manned robot was in development. 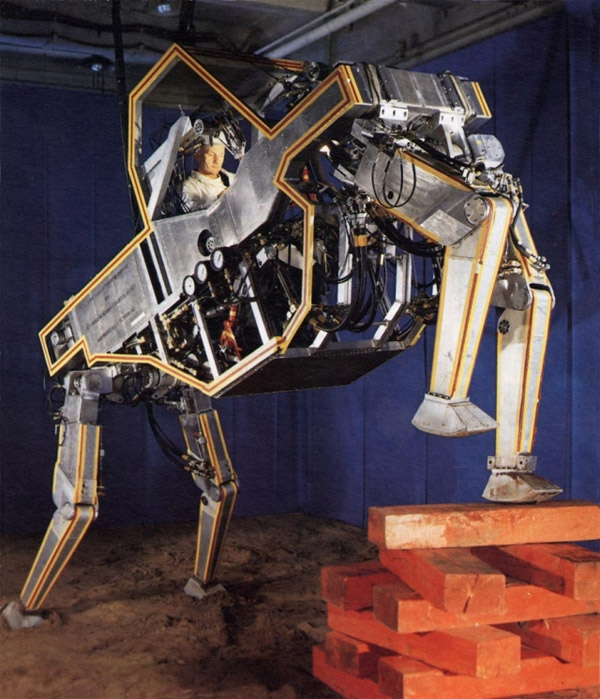 Back in the late 1960s, GE created the Cybernetic Anthropomorphous Machine (CAM). The so-called “Walking Truck” robot was controlled directly by an operator inside a cage, who used a series of levers not dissimilar from those you’d find in construction equipment to control the ‘bot’s movements, and mimicking his own movements. Apparently, driving the CAM was so challenging for the operator, that he’d have to take a break after about 15 minutes. I wonder if those Imperial Walker pilots had to stop every 15 minutes too.

Check out CAM in action in the archival footage below:

Developed for a U.S. Army experiment, the CAM never saw the light of day, but at least at the time the footage was shot – it was sitting in an Army warehouse in Detroit. I wonder if it’s still there, or if some lucky sucker picked it up at an auction at some point.