Released in 1998, the Game Boy Camera turned Nintendo’s classic handheld into a digital camera. It shot 128 x 112 black and white images, which could then be printed via – what else – the Game Boy Printer. 8bitcollective member Kraettz does Nintendo one better, frankensteining a device that enables him to use the camera to record video. 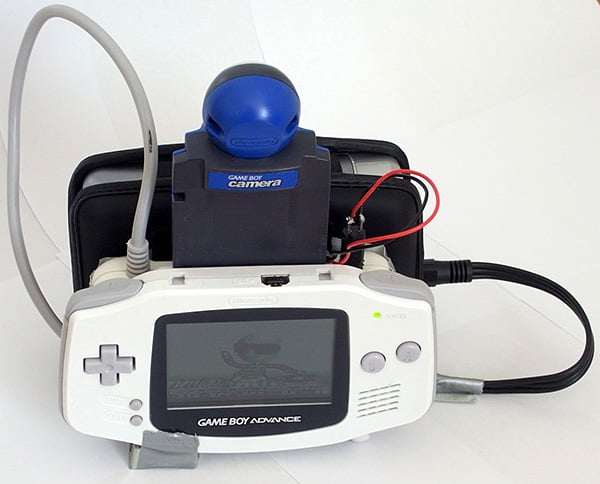 Kraettz is still working on a tutorial for his mod, but he did say that he used a “GBA TV Converter and a Portable Video Player with 40 GB Harddrive that records 320×240 pixels” aside from a Game Boy Advance and the camera itself. The camcorder runs on a 9-volt battery, which can power the mod for up to 50 minutes. 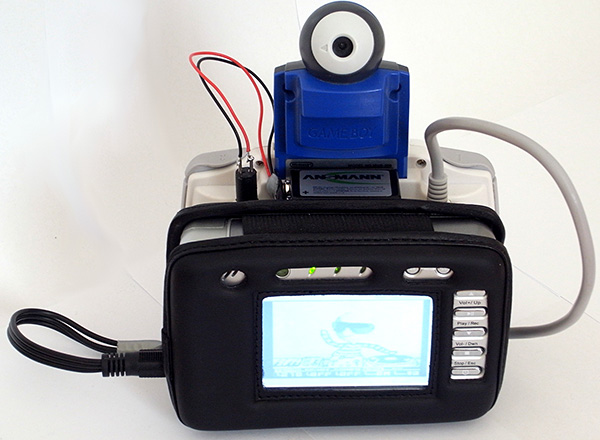 Here’s a sample of the retrotastic footage that the camcorder captures:

Okay that creeped me out a bit, but if this proves popular, I bet someone’s going to make a mobile app that apes this effect, if there’s not already one in existence. Keep an eye out on kraettz’ page on 8bitcollective for more updates.