Any wireless carrier knows that the money is made not in the voice minutes, but in the charges for data use, texts and so on. That means that the longer a device can stay charged up and working when the user is away from home, the more data the user will consume and the more the carrier can charge. Vodafone has an ingenious way to keep the people attending concerts in the UK shooting video, tweeting, and doing all the other bandwidth consuming things people are apt to do at a concert. 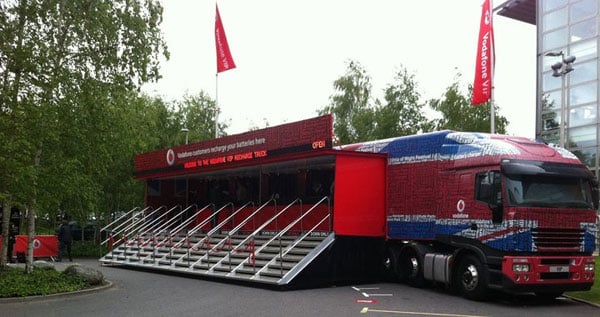 I know with my iPhone if I record video too long it runs out of batteries fast. I would imagine at a concert recording and uploading video along with texting would kill the battery pretty quickly. If you are a UK fan of music festivals and on the Vodafone network the company has a giant 18-wheeler that will be at 11 of the biggest festivals around this summer. 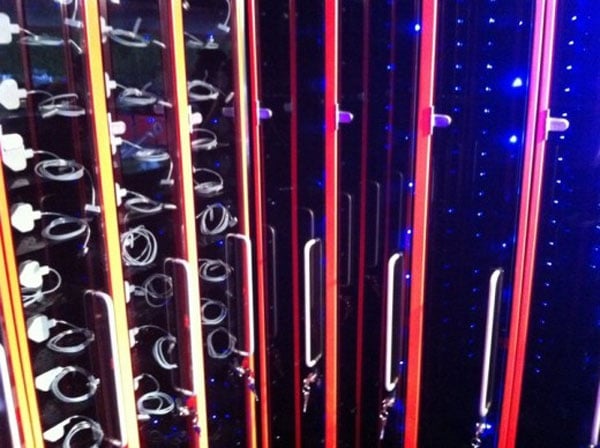 The giant red truck can charge 2,000 devices at one time and Vodafone expects it will charge about 72,000 devices this summer alone. The charge service is free and is apparently only for Vodafone users. 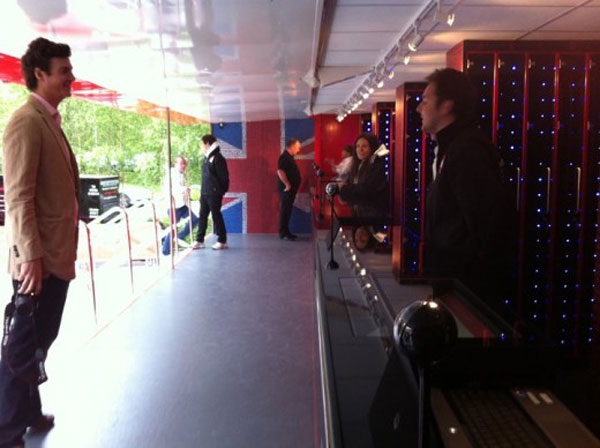 Users will receive a bar-coded wristband when they leave their smartphone with the charge truck and it would recharge while they went back to the show. Charge time is said to be the same as what the user would get at home.