I took guitar lessons when I was a kid, but I never practiced because practicing anything wasn’t for me. The instructor kicked me out of class, and I moved on with my life. I have never seen a ukulele in real life, but I always thing of big Hawaiian dudes playing them as people get off a ship. I think Bugs Bunny might have smashed a few on Elmer during Saturday cartoons too.

Ross Crawford has taken a few boxes of LEGO bricks and used them to build his own ukulele. The instrument is playable and can even be tuned. Crawford says that there were a bunch of challenges during the build process with getting the shape right, making the instrument strong enough, and tuning it correctly. 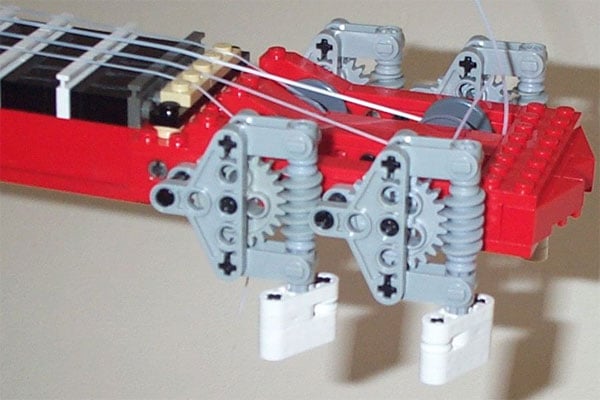 The instrument apparently doesn’t sound like your average ukulele either. A normal instrument is tuned to G-C-E-A and the LEGO version is tuned to C-F-A-D. I’m not sure what that means honestly, but it will sound different. Crawford even built a stand for the instrument out of LEGOs. The tuning head is the most impressive part of the build to me. You can take a listen to Ross’ LEGO uke here. 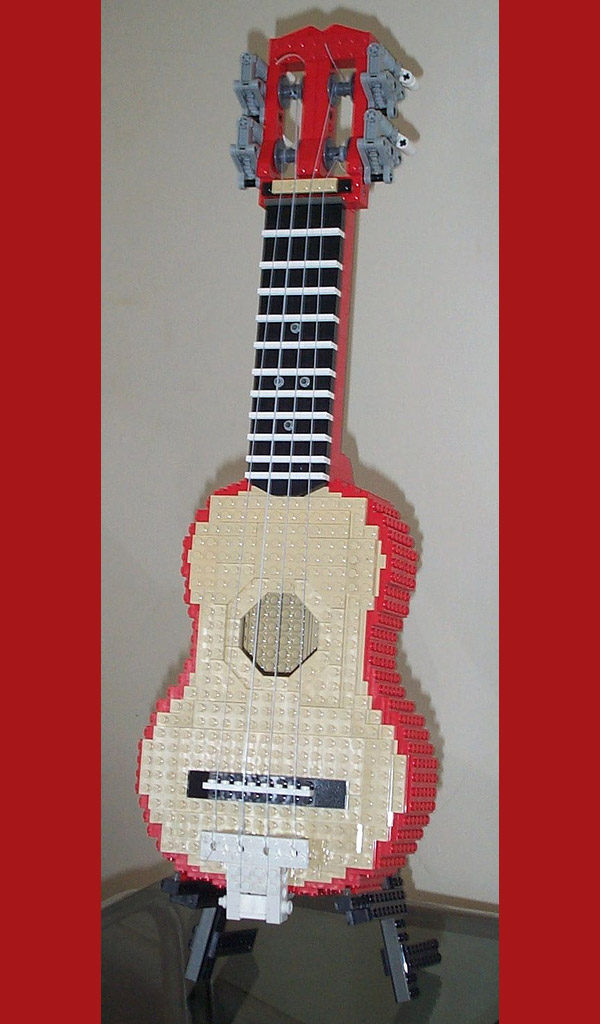 The Brick Bag: A Purse Made from LEGO
Home Subscribe vis RSS Feed
« Previous
Next »