If you ever wanted a better way to get tons of data onto an old gadget that used floppy drives, I might just have the trick. This nifty little gadget replaces old 3.5″ floppy drives with an SD/SDHC memory card reader. 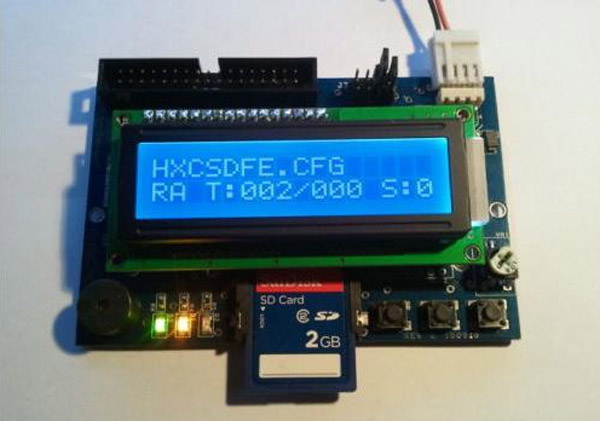 The SDCard HxC Floppy Emulator can replace just about any old 34-pin floppy drive, allowing older computers and electronic gear to read data from a modern SD card. Designed by Jean-François DEL NERO, the HxC Floppy Emulator has been tested to work with PC, Atari ST, Amiga, Amstrad CPC, Thomson, MSX, ZX Spectrum series computers among others, and they continue to add support for more devices like synthesizers and samplers. It just plugs in where the device’s old floppy drive once sat, allowing you to read up to 2GB from and SD or 32GB from an SDHC card. The drive can even emulate two drives at once too.

It even emulates the head stepper motor sound of a 3.5″ floppy drive, as you can hear in the video below: