Back when Iron Man 2 came out, there were some Iron Man USB flash drives floating around, and I have to say I thought they were kind of silly looking. They looked more like bobble-heads to me than a serious action hero collectible. These Iron Man flash drives look way cooler, if you ask me. 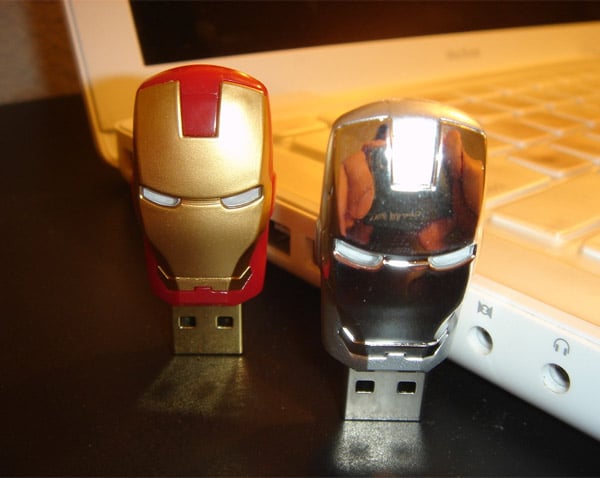 Apparently, these Iron Man USB flash drives were released in Japan around the same time, and can now be found over on eBay.

They’re available in both gold/red and shiny silver versions, and they look pretty awesome. The even have cool LED eyes that light up when you plug them into your USB port.

Unfortunately, they don’t store all that much – just 4GB – but if you’re buying one of these, you’re getting it for the looks. If you need lots of storage, you’ll have to look elsewhere then Iron Man’s head. 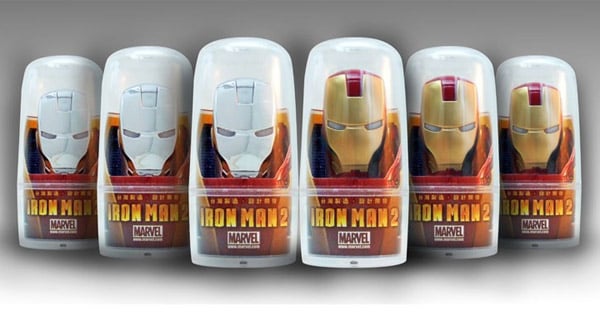 Both the red and gold drive and silver drive are selling for just $19.99 (USD), which makes them way cheaper than the goofy American version too.