Sixaxis Emulator Tricks PS3, Lets You Use Mouse and Keyboard as Controller

It’s been almost a year since we featured the Eagle Eye, a commercially-available USB adapter for the PS3 that lets users use both a keyboard and a mouse with the console. Here’s a more-or-less free alternative from hacker Matlo, who is working on a program that tricks a PS3 into thinking that your PC is a Sixaxis controller, letting you use mice, keyboards and other PC peripherals to play games on the PS3. 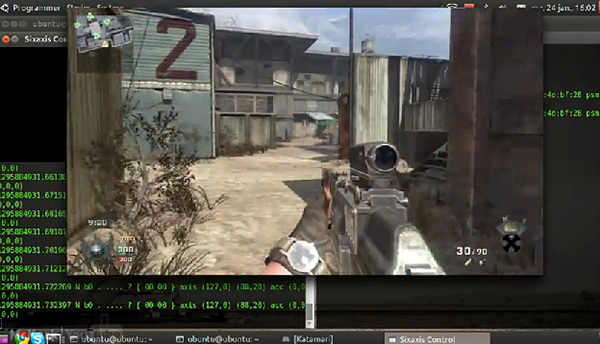 You’ll have to get your hands (virtually) dirty to get the functionality for free though. Matlo’s program only works on debian-based Linux distros, so you’ll need a computer with that installed. You’ll also need a PS3 Sixaxis controller and a Bluetooth dongle, but not just any dongle will do – its Bluetooth device address has to be modifiable. Unfortunately Matlo doesn’t provide any specific models or brands of dongles, so it seems like you’ll have to rely on trial and error on that one.

So how does the hack work? From what I can understand, the software lets you copy the device address of a PS3 controller and use it as the dongle’s address, tricking a PS3 into thinking that the signals it’s receiving are from the controller. Here’s the hack in action:

Check out Matlo’s blog for the full tutorial. The software is still in its early stages – it’s at version 0.21 as of this writing – so don’t expect everything to run smoothly. But as I said earlier, if you get it to work, not only will you save money, unlike the Eagle Eye solution you’ll be able to use other PC peripherals to play on the PS3, not just mice and keyboards. I wonder if it’s possible to use an Xbox 360 controller with the PS3 with this hack.

[via Hack A Day via Ubergizmo]