My memory can’t stretch that far back into the past when I was still a kid, so I can’t remember exactly what model of camera my dad first gave me back then. All I remember was that it needed some manual cranking to turn the film (yes,  all the cameras in town were still film cameras back then) after a shot was taken.

Oh, how I wish I was born into this generation so I could have this camera instead to be my first-ever shooter. 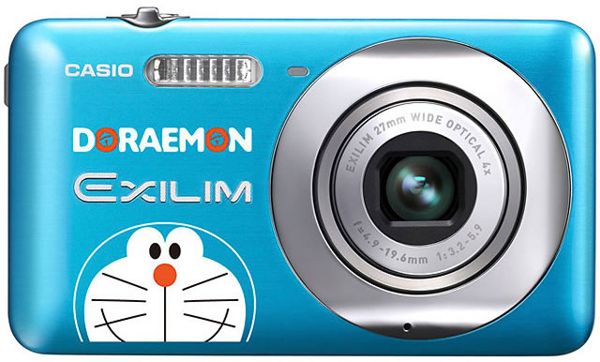 I would be lying if I said that it was the specs and not the design that first reeled me in, so I won’t. I mean, just take a look at the camera. I’ve loved Doraemon ever since I was a wee girl and this shade of blue just tickles my fancy.

Not to mention the equally adorable camera bag that comes with this limited-edition camera that I would love to get my greedy hands on as well: 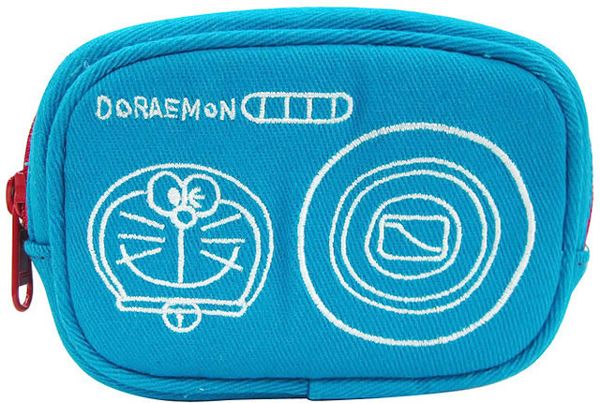 But the EX-Z800 isn’t just a pretty sight, as I quickly learned. It’s actually a pretty powerful 14.1-megapixel shooter and can capture HD videos. The Doraemon design isn’t just on the outside either, it’s also on the inside, because you can actually decorate your photos with images of the little dude as well.

The camera will be made available by the end of August for 29,800 Yen (~$365), so I would definitely keep my eyes and ears peeled out for pre-orders and ordering information about the camera when August is nearing.

[via Newlaunches via Slippery Brick]