iPhone Dock Fan: Does Just About the Only Thing Apps Can’t Do

Want to keep cool while you’re using your iPhone? There’s a fan for that – the Dock Fan from JTT. As its name implies, it plugs into the iPhone’s dock, meaning it can also be used with the iPod Touch and the iPad. The fan can be tilted 90º, although not towards the side facing the screen. 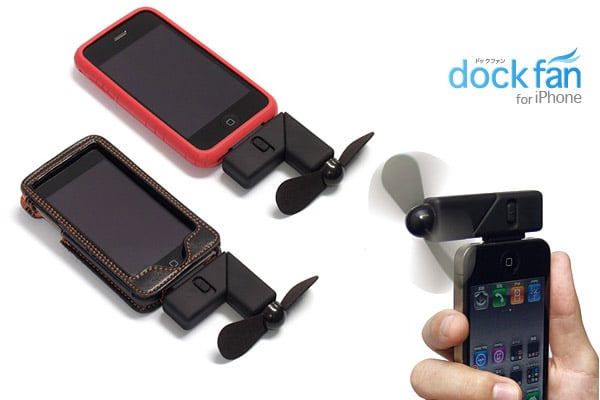 The Dock Fan gets its juice from your iOS device – the iPhone 4 in particular can power it for as long as 6 hours. The blades of the Dock Fan are made of  soft urethane plastic, so it’s highly unlikely to cause an injury even while in use.

[via InventorSpot via Ubergizmo]