I have talked about the implements of zombie protection that the geek known as Joerg Sprave creates on a few occasions. This is the dude behind the machete flinging slingshot and that slingshot that shoots a bunch of ball bearings. The guy is back with his latest slingshot and it is even scarier than the last. 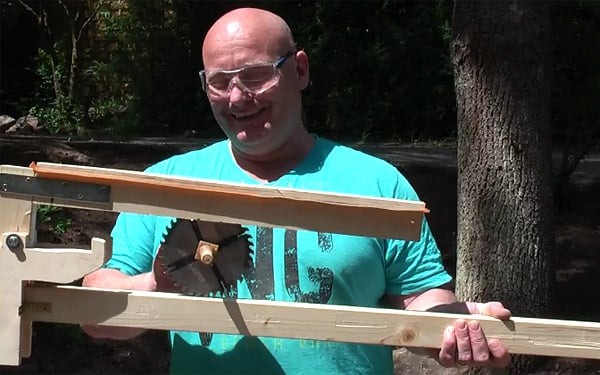 This time around, Sprave has built a slingshot that looks like it will hack off his fingers at any second. This slingshot shoots circular saw blades down its path and they will fly a long way. The first iteration had nothing on the top to spin the blade making the blade unstable in flight. The second design had a top part that caused the blade to spin and stabilized the flight.

The saw blade is deadly at close range, it could hack half a zombies head off in one shot. I keep excepting this guy to sustain some sort of grievous injury playing with his projects. I can only imagine how bad a backfire with a saw blade weapon would be.