Tokyoflash just announced a limited acetate version of the Kisai RPM, which was a reader-submitted design turned into reality back in November. Although the large blank face still looks a bit odd in my taste, at least this watch is easier to read than Tokyoflash’s usual crop. 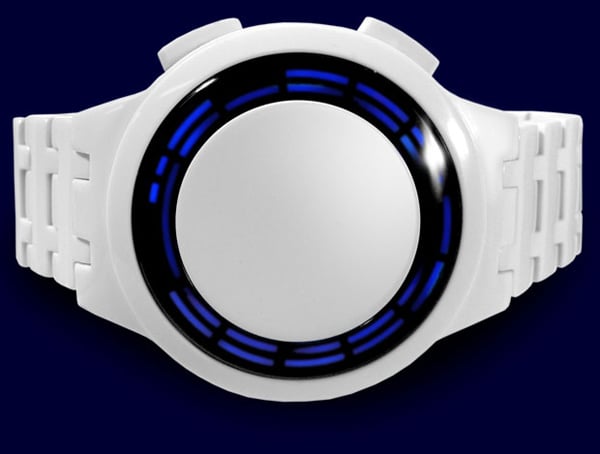 The blue LEDs on the white watch are placed the same way as on an analog clock, which makes it easy to tell the time. It’s also the first watch from Tokyoflash made out of acetate, a strong, glossy material. Each part of the watch has been hand-cut, machined, and polished. The LEDs are hidden behind smoked glass, which makes them somewhat dimmer than usual, so it’s good if you don’t like super-bright LEDs.

As with many Tokyoflash watches, this one is USB-rechargeable in 3.5 hours. One charge should last about a month. Each battery is good for 300 charges, so it should last you about 25 years. 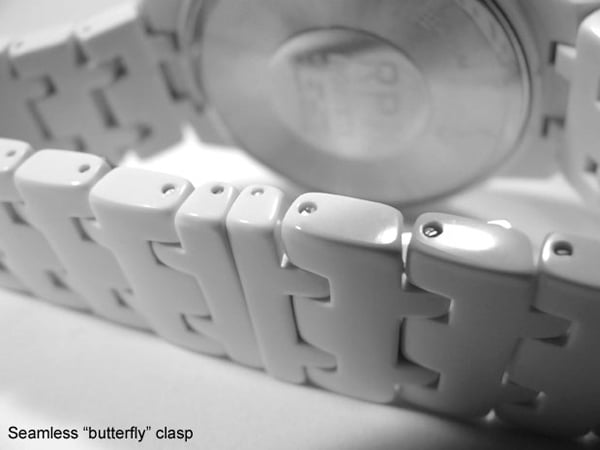 The Kisai RPM Acetate is available from Tokyoflash for $159.99 (USD).