It’s surprising how some tech that you thought belonged in science-fiction can actually become reality. The BodyGuard is a stun gun that is housed in a futuristic gauntlet and will “add” an extra 300,000+ volts to any punch you land. Talk about knocking someone’s socks off! 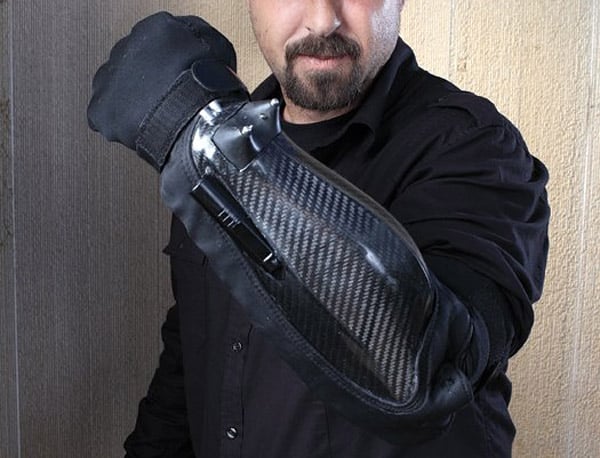 I guess that this non-lethal weapon will be something that riot police everywhere will love. Strangely enough The BodyGuard was invented by a cameraman who thought that it would be very practical to use a a defensive weapon while still keeping your hands free. Actually, he decided to invent it after he heard about people who had been attacked by a mountain lion on one of his regular hiking trails. It weighs under three pounds and has an armored part to stop melee weapons. Another advantage of the BodyGuard is that it’s virtually impossible for an attacker to steal and use against it’s owner. 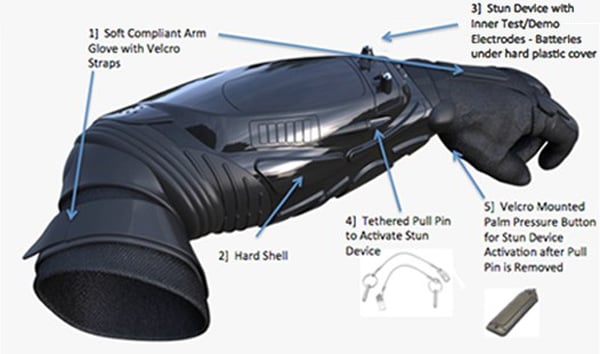 Currently, the bulge that you see is empty, but it will eventually offer other modular devices, such as a GPS, HD camera, flashlight and more. You can find more information over at ArmStar, but no price has yet been announced. For more details on how it works, view the patent docs here.

[via PopSci via HardOCP]