Dryshot: Go Ahead, Shoot the Flames! That’s Right, You Heard Me – Shoot It!

How often do you hear firemen yell at each other to “shoot out” the flames? The truth is, probably never.

I’m not saying they might either, even after they get their hands on the DryShot Fire Extinguishing Gun. But it’s worth a shot (pun intended.) 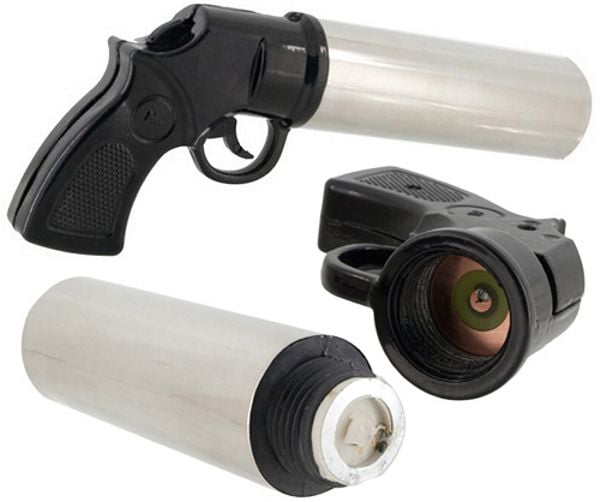 I have a feeling these portable fire extinguishers won’t fare very well with huge fires, but for teeny tiny fires, they will probably do. The conventional red (and heavy) fire extinguishers aren’t the easiest things to maneuver and sometimes, even the people who know of the PASS acronym even forget what the letters stand for.

Even the precious few seconds people spend pondering what to do next could spell disaster because that might just be all the time the fire needs to grow exponentially.

Just aim the DryShot Fire Extinguishing Gun at the flames and shoot at them to snuff them out. For $43.65 (USD), you can get the gun and 3 cartridges from FocalPrice. Ready, aim, fire!