Is That a Giant Game Boy or Just Your Ipad 2 in Disguise?

There are a lot of cases floating around town for your much-coveted tablet from Apple. There are iPad 2 cases that look like visions of art like the Wasabi Wooden cases, while there are those that look more typical but have a bit more functionality like the PaletteCase.

The iPWN! iPad 2 case definitely belongs in the former classification. 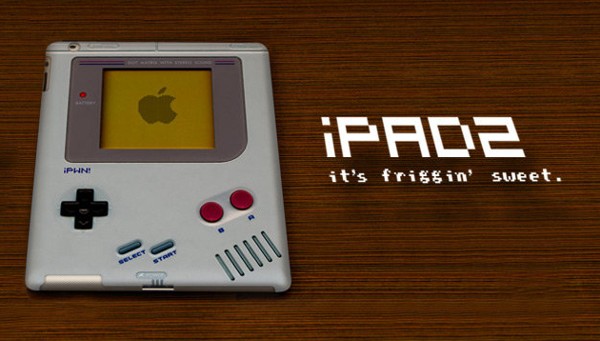 Take one look at the case and you’ll be able to see right away what makes this one so special. The first ever video game console that my mom got for me and my sister (yes, we had to share) was the Game Boy with the transparent case. So the iPWN! case doesn’t really look like the console that I had over a decade ago, but seeing the original version of it still brings back fond memories (and some not-so-fond ones, like when my sister and I would fight over who had possession of it for the night.)

iPWN! has made similar Game Boy-themed cases for the iPhone 3G/3GS ($14.99) and the iPhone 4 ($16.99). The iPad 2 case will be open for pre-order soon, so as expected, the pricing and exact release date haven’t been announced yet.