While it was revealed that the Daleks would not be seen in the current series of Doctor Who on BBC, that doesn’t stop the awesomeness of this full scale replica from ‘This Planet Earth LTD’. To top it all off, it’s an official replica, not just some fan-made thing. 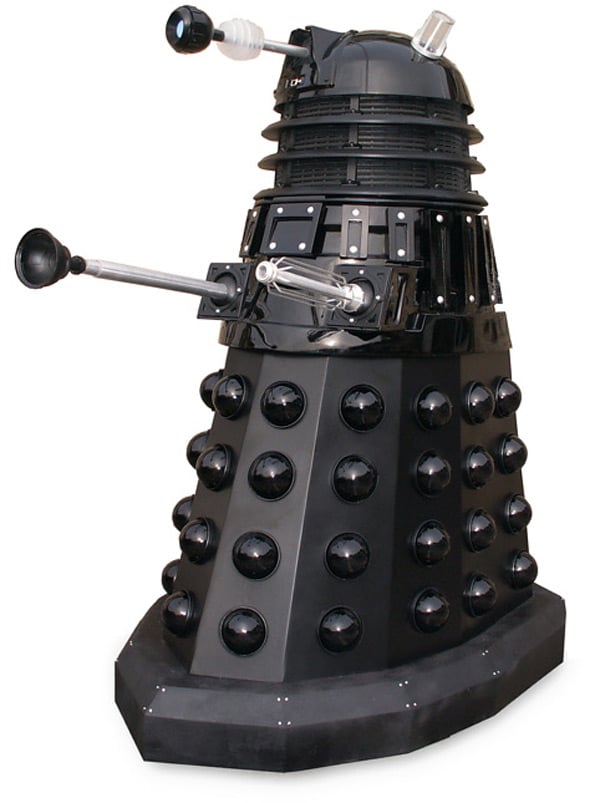 The only problem is the nearly $5,000 price tag! This Dalek replica stands 5’3″ in height, and it will be hand built to your color specifications using molds from the BBC Props Department. Your Dalek will be made in the exact same way as the Daleks are built on Doctor Who. Naturally, this replica features a plunger arm that can extend, a dome that will rotate 360 degrees, as well as wheels so that it can actually move around.

The company who has licensed this mentions that this isn’t a toy, so you can’t really play with it, but that won’t stop anyone from screaming “Exterminate! Exterminate!” while they wheel around! You can order the Dalek Replica for £3,000 (~$4,920 USD) over at Firebox.