It’s not uncommon at all to find all sorts of hidden content inside software and other devices today. These are called Easter eggs and the latest strange Easter egg to surface comes from the ROM of a guy’s Samsung Galaxy S II. The Galaxy S II is one of the more powerful Android smartphones on the market. 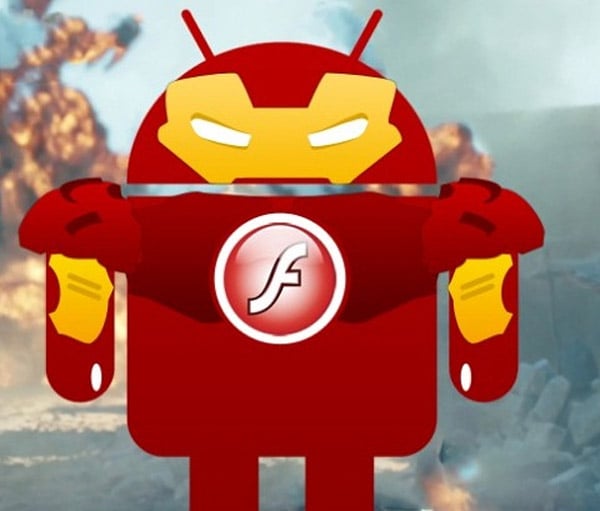 The image is the one you see above. It’s a shot of the little Android mascot that everyone will recognize. Rather than its typical green look it’s dressed up in a costume that looks like Ironman with the Flash logo on the front. What should we call this little guy? Irondroid? Flashman?

Ironflashdroid man perhaps? This is very strange indeed and apparently at some point during the process of creating the ROM for the smartphone one of the devs had extra time on his or her hands. What would you call this new superhero?