This giant light-up disco ball is nearly 20 feet in diameter and is comprised of an astounding 10,000 OLED displays. Mitsubishi calls it their OLED Geo-Cosmos globe and it will be introduced at the National Museum of Emerging Science and Innovation in Tokyo. 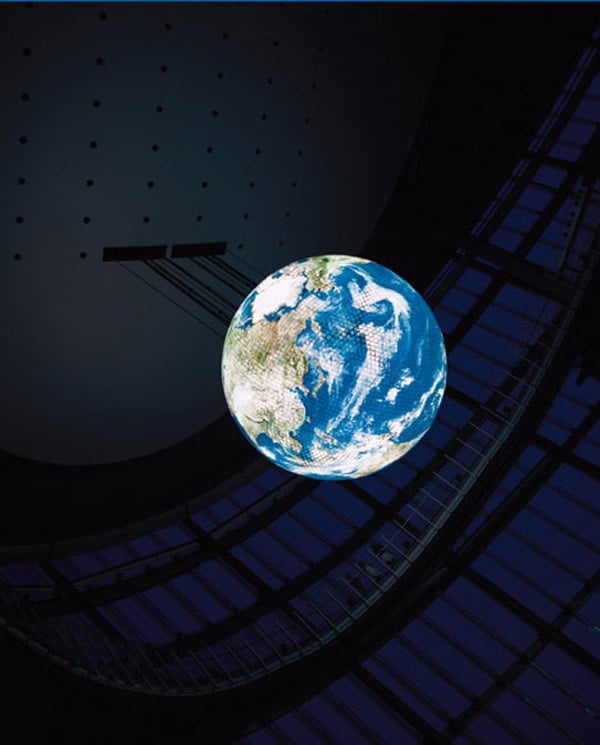 The Geo-Cosmos ball will be used to show information about our planet, from ocean productivity to temperature changes. It’s got a resolution of almost 10 million pixels (!). The most impressive display is the one where it shows constantly updated images of Earth, thanks to satellite imagery. This display can then change each minute when new info is downloaded into it. That’s kind of amazing. 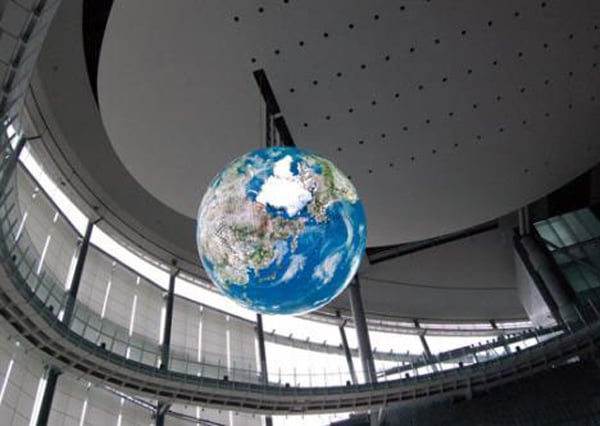 This sort of thing is like Google Earth in 3D, but instead of fake 3D, it’s on an actual 3D surface, thanks to the spherical nature of the design of the Geo-Cosmos. While it was being constructed, it almost looked like a mini Death Star! 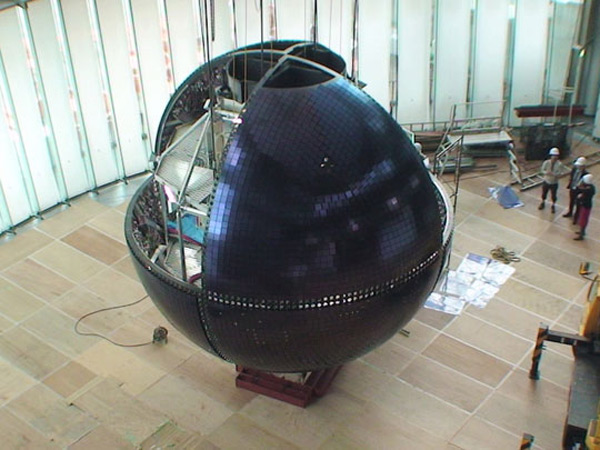