A Real, Live Ninja Crashes His Car Into Apple Store

Now we’ve heard everything. News broke about the Chinese student who sold his kidney to buy an iPad 2, and now things are getting even more crazy and weirder.

Around 4:43 AM on June 3, it was reported that a man dressed in a ninja suit drove a dark gray or blue Honda into the Apple storefront in a very bad attempt at burglary. Ninjas are supposed to be known for their stealth methods of attacking or breaking into a place. But this one apparently dropped out or flunked Ninja Academy because he broke all of the rules in the book. 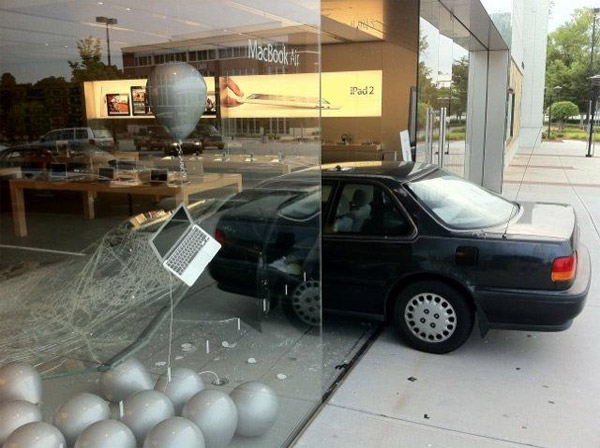 No one was hurt in the bizarre incident, and nothing was taken from the Apple Store either. Talk about weird. But I bet you would abandon a burglary attempt if you had created that much ruckus from the get go.