I am a gadget fiend, and my wife and kids have more than a few gadgets as well. That means that the outlets in my office where everything ends up getting plugged in are packed with some having surge protectors plugged into surge protectors. If you need just a few more outlets and some of the stuff that you need the outlets for is able to charge from a USB port, the Aluratek AUCS05F Mini Surge Dual USB protector is something you might want. 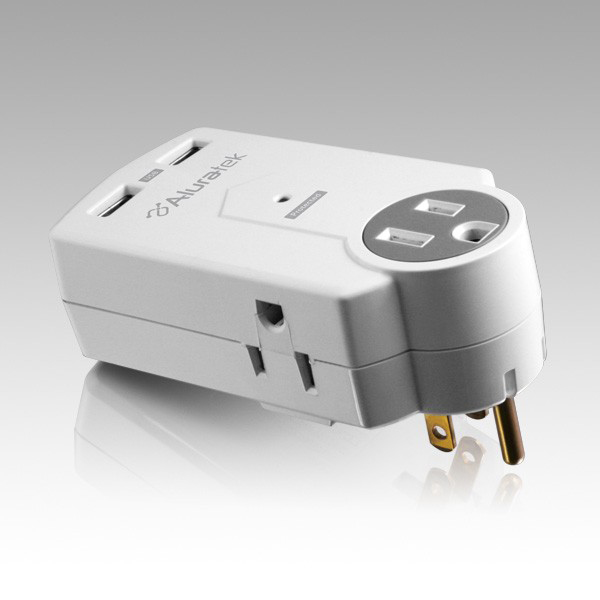 The little gadget is one of those surge protectors that isn’t a long stick but an upright adapter. If you plugged this into the top outlet on your wall, you might even be able to use the outlet below it too. The surge protector has three normal three-prong outlets on it that you can plug anything you want into. 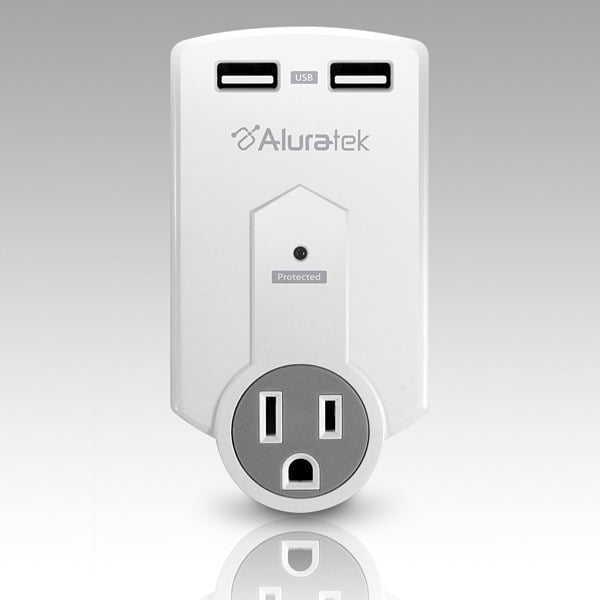 The adapter also has a pair of USB ports on the top for charging your iPad or iPhone and anything else that charges from a USB port. That means that rather than filling the three outlets it has with a couple USB adapters you can use them for other things. It’s not clear if the USB ports will charge your iPad or not, though. The adapter is available right now for $19.99 (USD) from Aluratek.