I like cool home theaters. The last time I mentioned a themed home theater it was Star Wars-themed and very cool. If you lean more towards the pirates of yore or Pirates of the Caribbean for your tastes in film than science fiction, this pirate-themed theater should suit your style. This theater has so many touches that it looks like a theme ride at Disneyland, not a theater for some rich movie buff’s home. 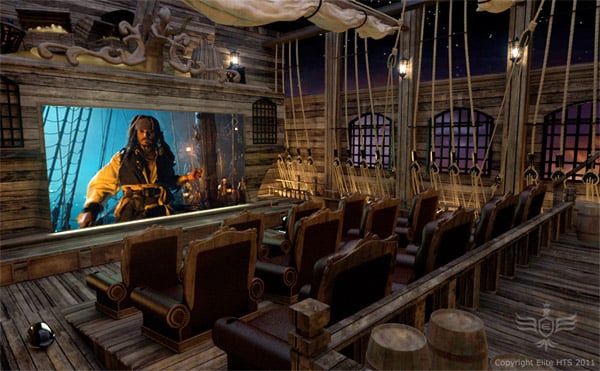 The images here are renders, but apparently, the theater is under construction in a home located in Palm Beach, Florida by the guys at Elite Home Theater Seating. This may well be the coolest home theater in history.  The theater has a simulated ship deck for where the people sit to watch the films. The pirate tavern is a fully-functional snack area and all of the little touches are just awesome. I want to watch Pirates of the Caribbean in this theater. 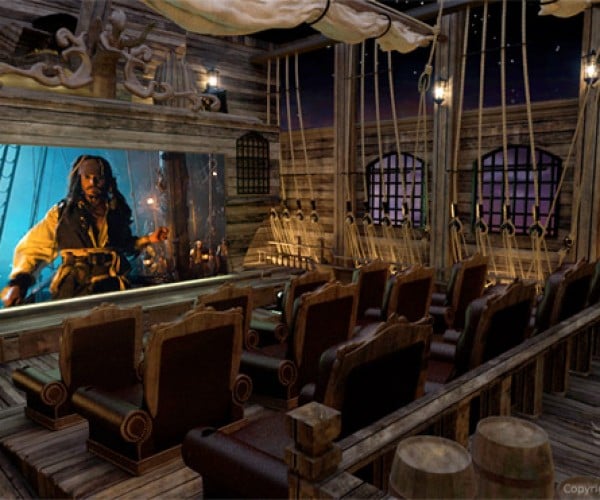 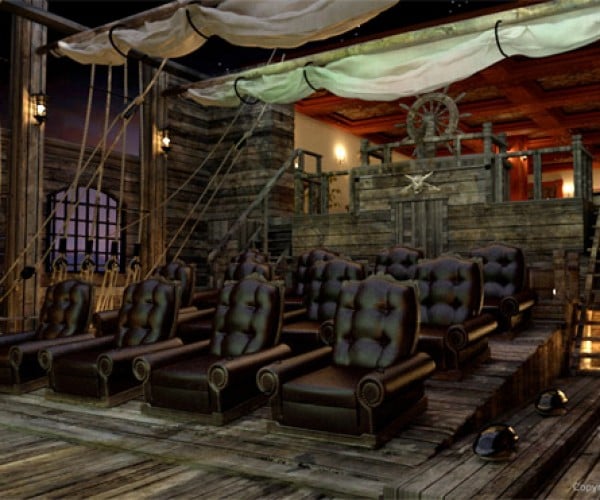 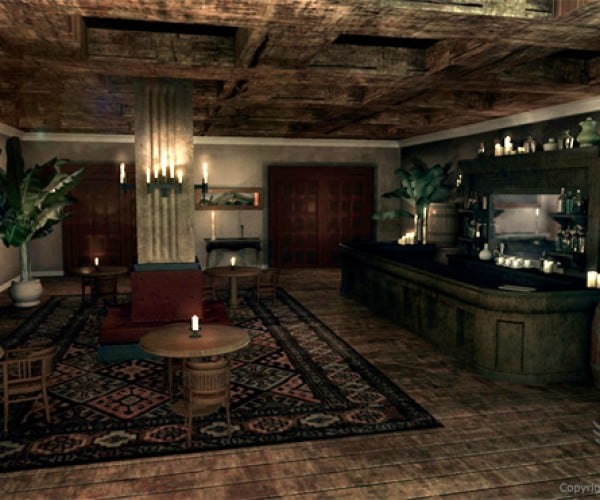 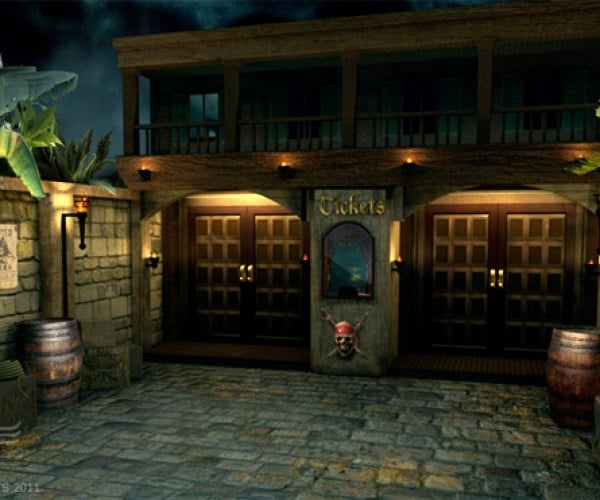 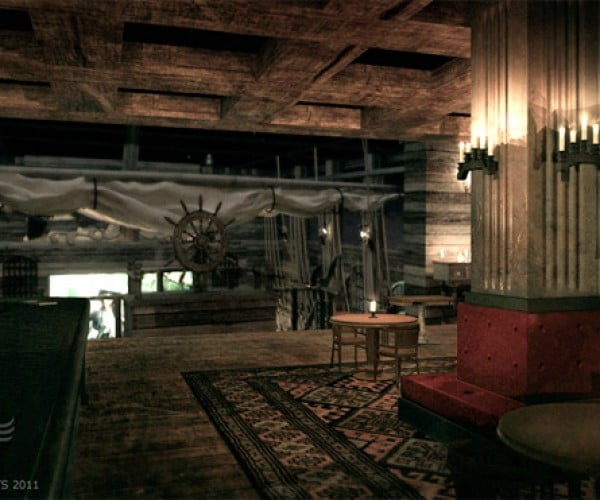 Other than the design, which is very compelling, I would like to know what sort of home theater hardware will be used inside.

[via Boing Boing via Gizmodo]