Red Pop Brings Back the Camera Button on Your iPhone

Most cameras that you’ve probably encountered only require the push of a button to take a photo. (And if you were born a few decades ago, then you might have come across those where the photographer takes the picture behind a black hood.)

Now, with the advancement of technology, mobile devices and smartphones, such as the iPhone, are also being equipped with superior shooters that rival the performance of standalone cameras. However, you don’t get a special camera button with the iPhone. And that’s where the Red Pop comes in – if you give them the chance, that is. 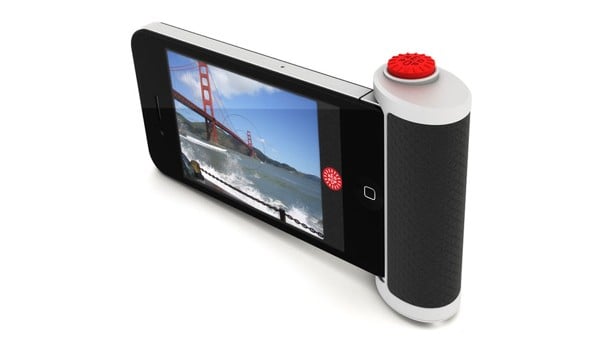 You might have already heard about the iShuttr case that equips your iPhone with a larger flash and a button. But if all you want is the button (and a huge one at that), then the Red Pop is the one you want.

The Red Pop project is now up on Kickstarter, with pledges starting at $25 (a $75 pledge gets you your very own Red Pop button). The story behind and how the invention got its name is also pretty touching. Head on over to Red Pop’s Kickstarter page to find out more about it and maybe help it along by signing up to give a pledge.