When I first got my Nikon DSLR years back, I worried that I would drop the camera. After using it for a few months, it turned out that dropping the camera was far less likely than setting that stupid removable lens cap down and forgetting it. I would put it into my pocket typically, but sometimes it would still slip out.

My wife loses the lens cap every time she uses the camera, which is one of the reasons she is banned from using my gear. If you have issues keeping up with your lens cap and want something to keep the cap right on your neck strap this simple and ingenious device might be perfect. It simply called the Camera Lens Cap Holder and it is designed by Mark Stevenson. 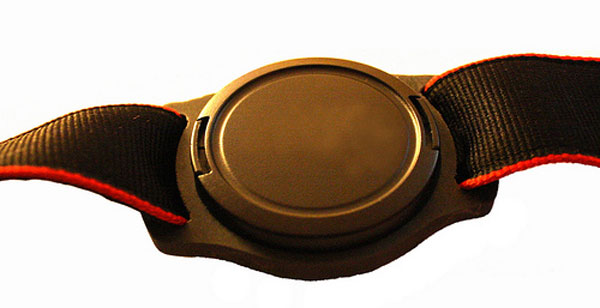 There will be several models to fit the caps of all sorts of vintage and new, Nikon, Canon, and other cameras. All you need to do is thread your neck strap through the holder and then clip you lens cap onto it and no more losing the cap. Mark is seeking $3,900 in pledges over on Kickstarter to cover the costs for the molds for injecting plastic to form the lens cap holders. The project already has over $2,000 pledged right now and 14 days to go. Pledge at least $15, and you’ll get one for yourself.