Real life MacGyver Kipkay is back with another fun and useful hack. Like most of his creations, the best thing about the Tripwire Bang Alarm is that it’s made out of commonly found and cheap materials, like a mouse trap, some fishing line and tent poles. You’ll still have to know your way around a few tools though. 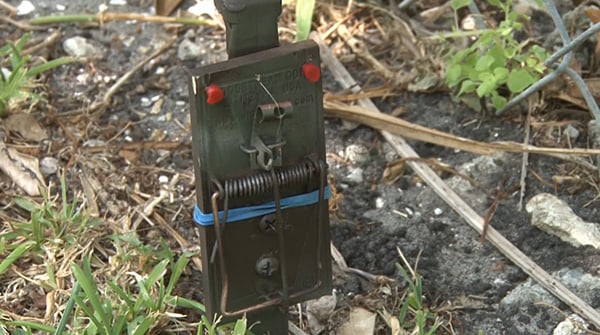 As its name implies, the Tripwire Bang Alarm is designed to warn you if someone crosses the wire, which in this case is the fishing line. When the line is tripped, it will cause the mousetrap to hit two gunpowder-filled caps. It won’t harm the invader, but it should give him quite a surprise and alert you to his location.

The only thing I don’t like about this trap is that you have to refill it with new caps after every use, but it is quite cheap to make. If you’d like to booby-trap your suitcase instead, check out Kipkay’s other hack.