The MoonWatch is a cool concept that was designed by Adrián Castro, originally conceived in 2004. Apparently, the designer updated that watch for 2011 with new materials and technology. The new design is pretty cool looking, and I can see the resemblance to the moon. It still reminds me more of a watch for Batman that could double as a batarang. 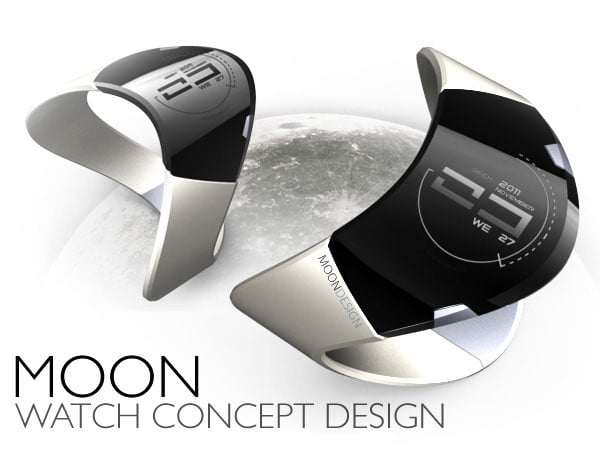 The LED (or is it LCD?) watch face has numbers for the minutes and then a digital hand that sweeps around to show the hours. It also lists the day and date underneath. I wonder how comfortable the unusual design would be to wear for a long time. It appears that the band is rigid and doesn’t flex or move at all. 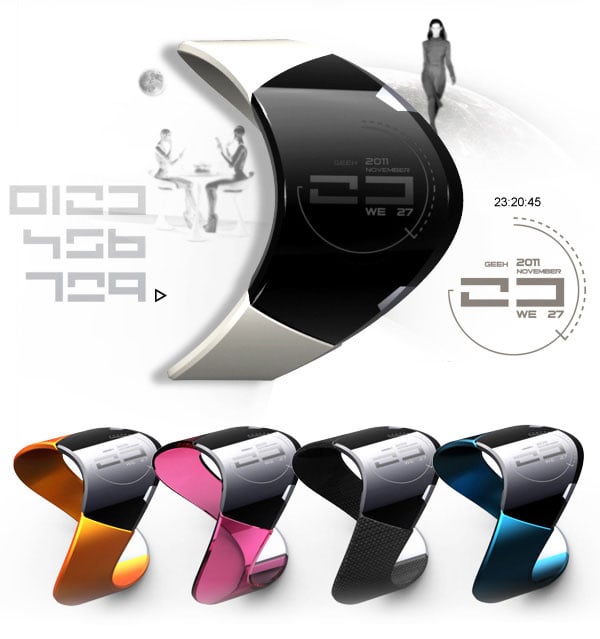 The concept is seen in several different colors including orange, pink, carbon fiber, and blue. I really like the orange one and the carbon fiber version. I could totally see Tokyoflash bringing this design to market.