Even the name sounds so downright adorable and targeted to kids ages twelve and below. You’ve probably already heard of the Sony AIBO, which was the first electronic toy that I virtually begged my parents to get me since they wouldn’t let me get a real puppy. I didn’t get one, sadly, but now that I’ve got a live puppy of my own, I don’t really care much for virtual pets anymore.

Except if it looks as cute but not so cuddly as Wappy. 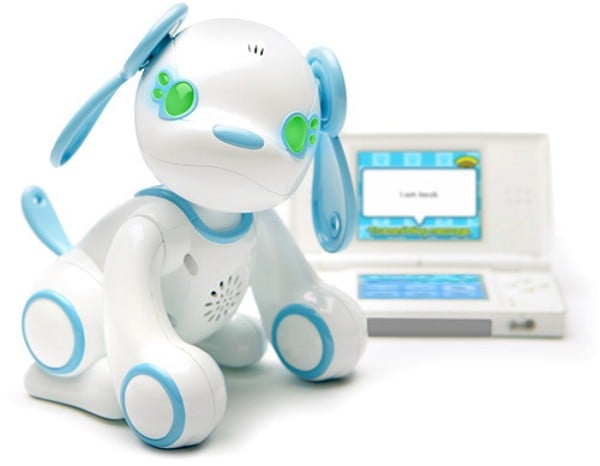 Nintendo was able to release a highly successful virtual pet simulation game with Nintendogs + Cats, but Activision is fast on their heels with their planned Wappy Dog video game. The latter plans to take full advantage of the 3D capabilities of the Nintendo 3DS but it’s got something that Nintendo didn’t put into their virtual pet game: a real-life Wappy Dog you can touch and play with.

As with all the other virtual simulation games out there, the goal is to take care of your pet as you would a real one. Make sure to keep Wappy happy by feeding him regularly, playing with him, and cleaning up on him as well.