I have an Xbox 360 with Kinect, a PS3, and a Wii in my house all on the same TV. I have the Wii sensor on top of the TV and the Kinect under the TV. It looks rather sloppy to have things on the top and bottom of the set but I have no way to put the Kinect on top of the TV. If I had the PlayStation Eye camera for the PS3, it would be even worse. 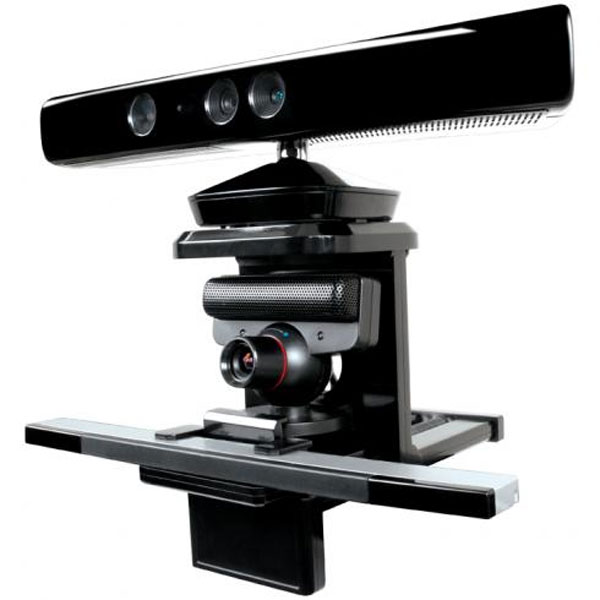 DreamGEAR has unveiled a new product down at E3 2011 this week that is cool if you have all three consoles and the motion accessories that go with them. The device is called the TriMount and it’s a little shelf style bracket that will hold all those sensors. The top of the TriMount has a spot just big enough for the Kinect.

Under the Kinect is a spot for the PlayStation Eye Camera and in front of that PS Eye is a place for your Wii sensor. That means no more messing with sticky tape when you move that Wii sensor. The TriMount can clamp to the top of your old-school or flat-panel TV and includes a wall bracket for mounting the thing to your wall as well. The TriMount can be pre-ordered right now for $29.99 and will ship on August 15.