Nano Sonic: The Hedgehog Gets Tiny (and Other Genesis Games, Too)

I’ve run across plenty of those little plug-and-play retro gaming systems before, but this one wins the prize for being the smallest one I’ve seen yet. This pint-sized system is a fully self-contained SEGA Genesis emulator, capable of playing several Sonic the Hedgehog games. 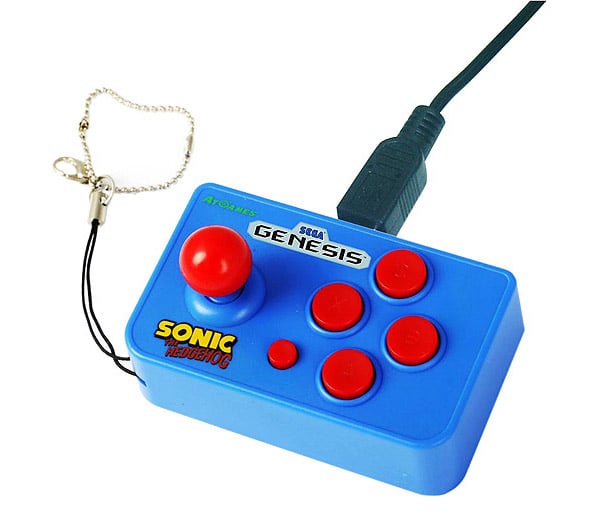 AtGames’ (aka Sapphire) Arcade Nano Sonic system is small enough to hang on your keychain or backpack, but packs ten games under the hood. Five of the games are classic SEGA Genesis games including Sonic the Hedgehog, Sonic the Hedgehog 2, Sonic Spinball, Sonic 3D Blast, and Alex Kidd. There are also five “bonus” games including Air Hockey, Naval Power, Cannon, Fight or Lose and Checker, all of which I’ve never heard of before, so I’m gonna guess they’re not all that. The tiny system has a built-in joystick and buttons, runs on a single AAA battery and connects to a composite video and mono audio jack on your TV.

If Sonic isn’t your thing, they’re also making Nano Columns and Nano Virtua Fighter 2 versions, each with their own collection of five classic and five bonus games. I’m not sure what games come with Columns, but the VF2 version packs in some good ones, including Shinobi 3, Golden Axe, Golden Axe 3, and Alien Storm. 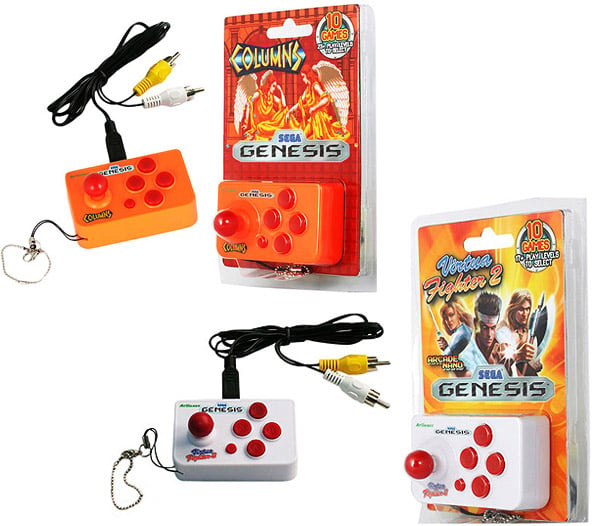 If you have any doubts about these miniscule systems, here’s a video review of the Sonic one in action:

While it looks like the emulation isn’t 100% perfect, it still looks pretty playable to me, and these still look like a great gift for classic SEGA fanatics. All three Genesis Nano systems can be found over at Walmart for $19.96 each.