Brain Bulb is Exactly What You Think It Is

Jeri Ellsworth wowed a lot of people at the recently held Maker Faire when she turned up wearing something straight out of cartoons: a light bulb over her head that was activated by her brainwaves. Okay so it’s not exactly like the visual metaphor since it doesn’t discriminate between great ideas and things like “I have to pee”. 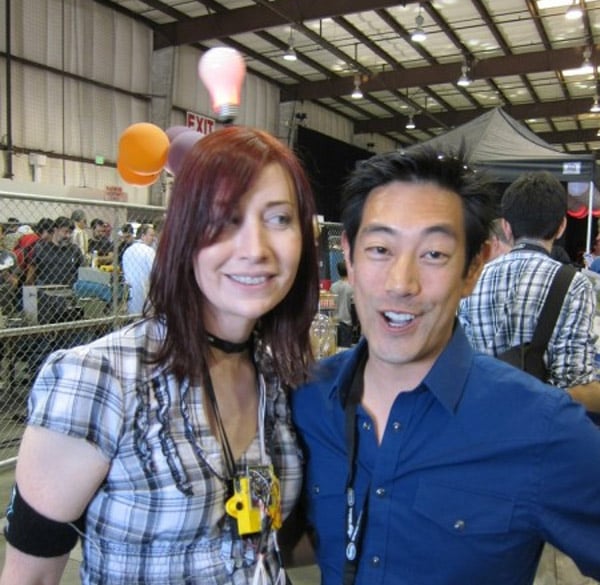 The actual bulb itself is just a small part of the whole gadget. Actually it’s not even the bulb that lights up but the LEDs that are attached behind the bulb. Two electrodes – one on each side of the head – read brainwave activity as well as other electrical impulses from the body and the surroundings. An AD620 instrumentation amplifier removes most of the outside impulses, so that the resulting signal will mostly be from the wearer. Ellsworth explains it further in the video below.

It’s a shame Ellsworth didn’t put the brain bulb on in the video. What would really be impressive though is a gadget that mimics anime effects. Like if you’re stunned you actually turn to stone, blood comes rocketing out of your nose if you see someone hot, or you crash to the floor after hearing the punchline to a joke.

[via Waxy and Make]