A few weeks back I mentioned the Cadence 4-bit binary wristwatch. That watch was cool, but if you are like me, it doesn’t matter how cool it is if you don’t wear a watch. This is the Cadence 4-bit Binary Wall clock and it uses the same time telling method that the wristwatch uses. 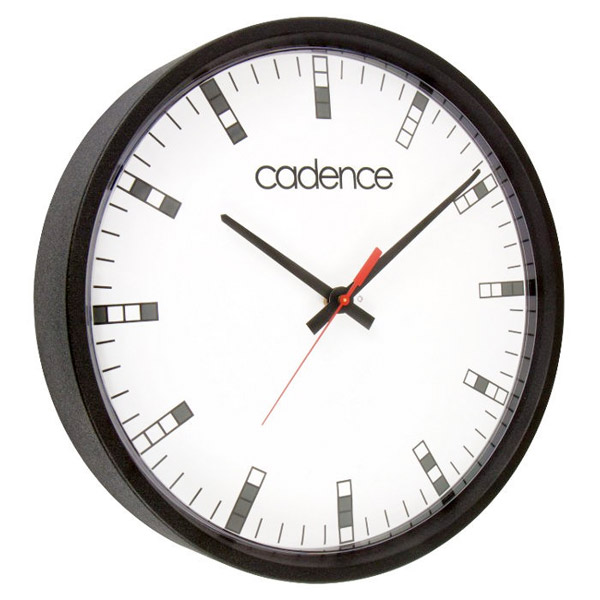 That is to say, rather than having numbers or marks at the positions where the numbers would be are the four blocks of binary code. Each stick of four blocks has the binary code darkened for the number it represents. It’s cool because anyone will still be able to tell time since it looks like a regular analog clock without numbers to non-geeks, but the inside math is still there for those who understand binary.

The face of the clock is 13.25″ in diameter, and the crystal over the face is made from shatter-resistant polycarbonate. The movement is quartz and the power comes from a single AA battery. The clock will ship in late June for $68 (USD) but a 40% discount will be offered on all pre-orders.