Datamancer’s Steampunk Laptops Can Now Be Yours

I’ve seen a lot of cool steampunk projects and steampunk-inspired designs, but Datamancer’s Steampunk Laptop takes the cake, in my opinion.

You might have already seen or heard about the Steampunk Laptop. After all, it has been around for the past five years, and I remember gawking at photos of the redesigned laptop itself a few years back. 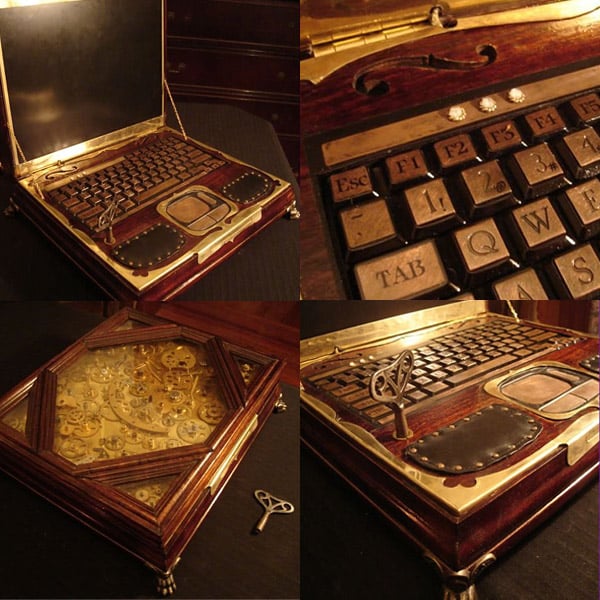 Now the man behind this awesome work of art is back and he’s finally selling some of these fantastic laptops. The first batch is going to be priced at $5,500 (USD), while the succeeding ones will carry a price tag of $7,500. Now that’s a huge sum and might afford you the latest laptop with the best specs in the market, but it won’t look at cool or punky as Datamancer’s modded laptops.

He also promises a lot of improvements for these new laptops as compared to his original Steampunk Laptop:

These new versions will be better and faster than my original prototype, featuring cutting-edge internal components capable of running any of today’s games and other software. They will also be much lighter and slimmer, so as to actually still be “portable” and as convenient as a standard laptop, and have a much more refined and professional design while retaining the elegant Victorian styling of my other work.

What do you think? Is it worth the thousands of dollars or would you rather go get yourself some other laptop? Visit Datamancer’s site and drop him a line if you want to order one of these beauties.

We All Live in a Wooden Submarine
Advertisement