The Acer Revo RL100 Media center was released about 6 months ago in Asia, and we’re finally going to get it in the US. It’s supposed to be a digital media hub and is for those people who don’t want to have a full-on HTPC in their living room. The Revo RL100 looks pretty darn good, and is no slouch performance-wise. 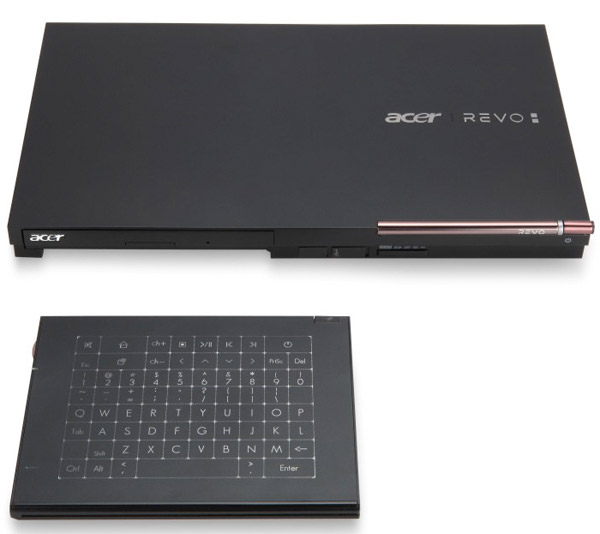 The 1 inch-tall Revo RL100 comes with a 1.3GHz Athlon processor, a 720GB hard drive, 4GB of RAM, and three USB 2.0 ports. A multi-card reader allows you to read from a plethora of removable media cards. It naturally come with WiFi connectivity and an Ethernet jack if you still operate with wires. 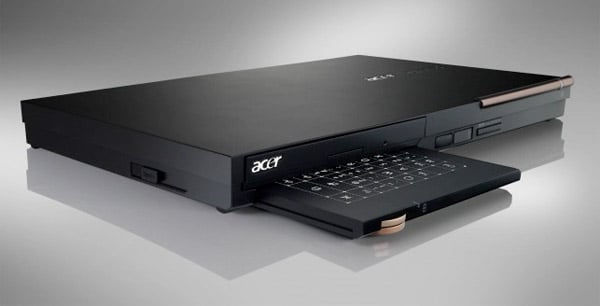 Unlike some of the media centers I’ve seen, this one is quite svelte and minimal. Even if you don’t have much space, the Revo RL100 will be barely noticed. The best feature in my book is the removable keyboard, which doubles as a trackpad, and hides away when it’s not in use.

[via Engadget via Ubergizmo]