The Death Star plans may not be  in the main computer, but it does look like they are floating around Raleigh, North Carolina these days. I spotted the first of these mysterious photos over on Flickr and they sure make it look like a junior Death Star is under construction in the heart of the Southern city. 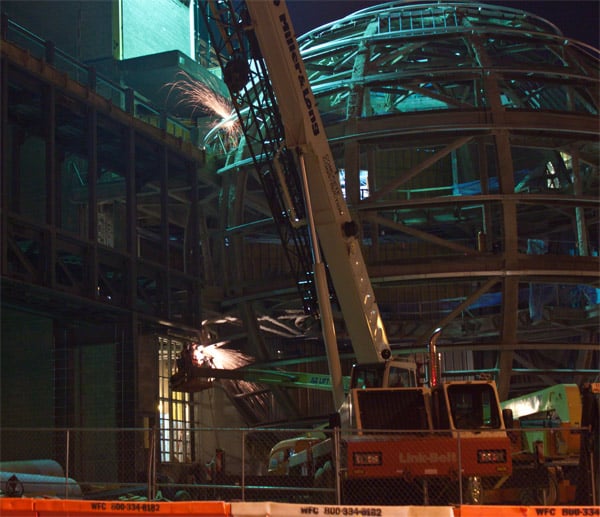 See those guys arc welding there? I have it on good authority those are Imperial forces behind all those flying sparks. 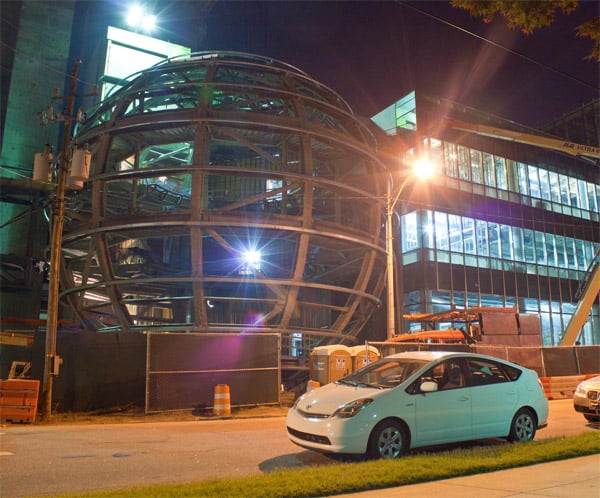 For some reason, though, I can’t imagine Stormtroopers using port-a-potties, or driving a Prius. But I have been known to be wrong from time to time. 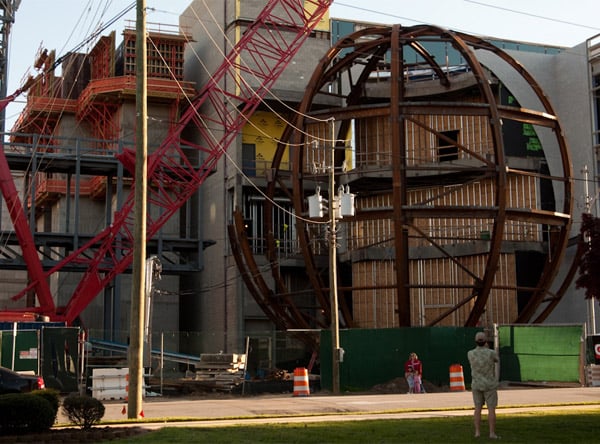 Now that I’ve got you all worked up, I hate to burst your bubble. What they’re building isn’t a Death Star at all. These guys are actually building this giant steel orb as part for the new Nature Research Center at the North Carolina Museum of Natural Sciences. While the structure won’t be painted to look like the Death Star, it will eventually be finished to look like the Earth: 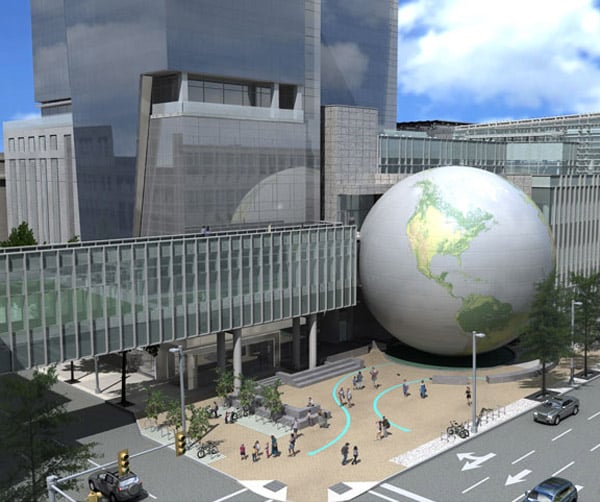 No Stormtroopers either, but it’s still pretty cool, eh?